Royal Media Services (RMS), which runs Citizen TV and a host of radio stations, is sending out signals for another restructuring which could see a number of employees pushed out. The broadcasting giant’s revenues having dropped over the past six months and the owners are getting worried that the company may not sustain its current staff if the trend is not reversed.

At the meeting, Mrs Macharia put up a strong case on why employees must work harder or else they would be forced to restructure. “She told them that if the poor performance continues in the next few months, she will have no option by fire people,” someone who attended the meeting told BUSINESS TODAY.

On Tuesday, Mrs Macharia met with heads of radio and other departments with the same message: turn in good cash or some of you will go!

The two meetings have caused jitters at Communications Centre, the media house’s head office in Kilimani, Nairobi, and turned focus again to the company’s operations. It is understood that while RMS, like other media houses, has recorded a drop in advertising due to a change in government ad policy, a prolonged election period last year, which has been exacerbated by Opposition NASA’s refusal to recognise President Uhuru Kenyatta’s win and a vow to swear in its leader Raila Odinga as the People’s President,  and the invasion of digital media, internal pilferage could be costing it millions.

It is said that a number of senior advertising managers often abuse the discounting of adverts to their own advantage. The management allows senior managers to offer discounts or extra ads to appease clients.

An insider took BT through how the discounting has become a cashcow for some managers: a manager books an advert and discounts it then reaches a deal with the client to split the balance. Others run advertising agencies through which they charge clients full ad fees but seek discounts on the various RMS platforms.

“It’s happening everyday,” said the person. “Perhaps, with the blessing of senior managers as well. If you watch Citizen or listen to Radio Citizen, they have very many ads, but most are discounted.”

This denies the company a huge chunk of revenues, pushing it below its targets and now endangering the jobs of many other people.

According to international research firm Ipsos, Citizen TV had a 62.5% share of the Kenyan television market in 2016, but that unassailable lead has come under attack from old-time rivals and new entrants, cutting its lead to just below 50% by third quarter of last year.

The drop in revenues has forced RMS to diversify its operations to expand its revenue streams. Last year, it launched a sports betting operation, Shabiki.com, and it’s now marketing its video-on-demand service, Viusasa.

The news would further shake the industry coming at a time the country’s largest media house, Nation Media Group, is engaged in a massive retrenchment exercise. 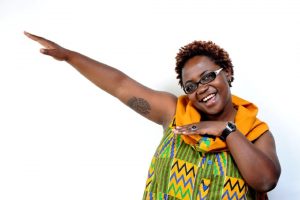