Kenya is the fifth richest country in Africa by total wealth, the AfrAsia Bank Wealth Report 2018 has revealed.

The report shows that Kenyans’ assets including cash, property, equities and business interests are worth Ksh10.4 trillion.

The ranking further entrenches Kenya’s wealth exploits after The World Bank in its Survey of the Kenyan Private Equity and Venture Capital Landscape published in October 2018, revealed that Kenya is closing in on South Africa and Nigeria as Africa’s top private equity investment destination.

In similar fashion, real estate consulting firm Knight Frank in a report dubbed Inside View, Kenya 2018 revealed that the world’s super rich are eyeing property in Nairobi because of its projected Gross Domestic Product growth of 5.8%.

The AfrAsia Bank Wealth Report also states that Kenya is the ninth richest country in Africa by per capita wealth with the average wealth per person being Ksh 242,000. Mauritius, South Africa and Namibia top this category with per capita wealth values of Ksh3.2 million, Ksh1.29 million and Ksh1.26 million respectively.

AfrAsia Bank’s report also reveals that Kenya’s wealth was the fourth fastest growing in the continent between 2007 and 2017. The report further adds that during the period under review, Kenya’s economy grew 73%.

Drought and the prolonged electioneering period before the repeat presidential poll greatly hindered growth of Kenya’s wealth as it only grew by 2% in 2017 lagging behind 12 other African countries.

Kenya’s capital was however ranked ahead of Pretoria (South Africa), Cassablanca (Morocco) and Accra (Ghana).

Nairobi was also ranked as the fourth most expensive city in Africa in terms of real estate behind Cape Town, Durban and Johannesburg. 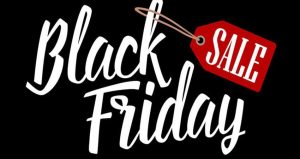