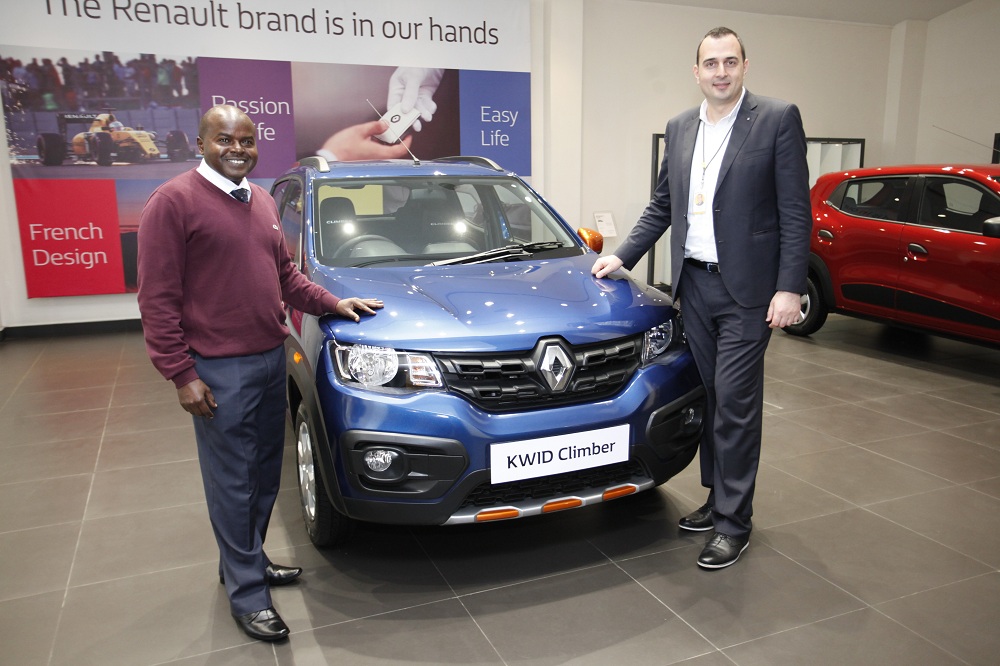 Two years after disrupting the market with the most affordable new car in Kenya – the Kwid, Renault has unveiled an upgraded version of their city dweller, the KWID Climber. This new version is expected to give the model a better edge to compete with cars in its category. The KWID Climber will come with a 68 horsepower 1000cc engine with a 3-year/100,000 km warranty and it gives an estimated 24 kilometers to the liter fuel efficiency. The new model comes at  time Simba Corp with its Renault partners is strategically considering local assembly for some of the Renault Models.

Jonathan Dos Santos, Renault Brand Manager, says:”The Renault KWID Climber has been developed keeping in mind specific customer needs and caters to diverse audiences, becoming the perfect offering for young achievers who are moving up places steadfastly. This upgraded version of the Kwid reflects our intent to keep pace with global innovations and at the same time make products to suit the local needs.”

The KWID Climber has received a host of cosmetic upgrades, primarily the bumper over-riders, front and rear terrain protectors with orange accents, two tone arching roof bars, muscular style wheels and a solid side profile with door protection cladding, two tone orange ORVMs painted in glossy orange. The electric blue body colour is also a new offering. The interior of the car also gets some upgrades like the new orange energy upholstery with “Climber” Insignia, new vibrant orange accents on the AC vents and on the centre fascia, a two-tone orange gear k**b and decorative orange door trim accents on the front and rear doors. All these giving the car unmatched authentic features in its category.

“These upgrades are fitted in the factory, by the manufacturer, you cannot get these deals anywhere else. For the competitive price of less than Ksh 1.5 million inclusive of vat for such a modified car, I can bet, you will not get it anywhere else, unless you go to MTV’s P**p my ride,” added Santos jokingly.

Since Introducing the KWID model in Kenya, Renault has sold more than 100 units of Kwid in Kenya creating a competitive position for the brand in the market in Kenya. The entry of the Renault KWID Climber into the market is set to consolidate Renault’s position as the best value for money offer at the top of the A-Entry segment, by offer customers a brand-new car with unprecedented features for this segment at an affordable price.

As part of its initiative to further stamp its footprint in the Kenyan market, Renault Kenya will continue unveiling more consumer driven models that seek to meet the demands of the growing middle class.