Denis Chebitwey, who was charge of the Government Advertising Agency, when the huge debt was incurred. Credit: File.

The government has finally started to offset the outstanding Ksh 2.5 billion debt owed to various broadcasters and publishers for advertising services rendered to public entities.

The delay in settling the debt had caused a standoff between leading media houses and the Government Advertising Agency (GAA), the central body mandated to handle advertising for ministries, departments and semi-autonomous agencies.

“They have finally paid but not all of it. It is a good sign though. Our hope is that they will settle all the outstanding debt before the 2018/19 financial year comes to a close,” an advertising manager at one of the media houses told Business Today.

Daily Nation, which was at the lead of demands for payment, at one time claimed that the GAA diverted some of the funds meant for the media to another government agency that was heavily involved in last year’s presidential campaigns on the understanding that the National Treasury will reallocate the same but this is yet to happen.

In an editorial, the newspaper said it was aware of and was investigating reports that some officials at GAA formed NYS-style dummy companies to loot the agency.

Following an appeal by the paper, Director of Public Prosecutions Noordin Haji in August last year directed directed Inspector General of Police Joseph Boinnet to conduct speedy and thorough investigations into the matter and to update him about the progress after every 21 days.

As part of cost-cutting measures, the government has been advertising though the MyGov publication, which is inserted weekly in two newspapers.

It is not clear whether the government will start circulating the publication in Daily Nation and The Star, which had declined to carry the inserts until the debt is settled. 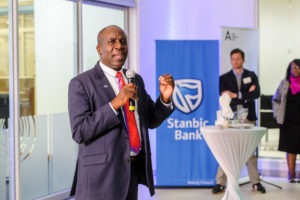