Former Cabinet Secretary for Sports and Culture has been arrested by DCI officials. Photo/Business Today File

He has been replaced by Education Cabinet Secretary Amina Mohammed. Kenya National Union of Teachers (Knut) chairman Prof George Magoha has been nominated to replace her.

Echesa has received negative publicity in recent months the latest being his alleged links to Joseph Waswa, the man who conned business magnate Naushad Merali Ksh 10 million after impersonating President Uhuru Kenyatta alongside six others.

It is also alleged that the house in Ruiru where over fake Ksh 32 billion in different currencies and gold was found belonged to him. However, Echesa, a close ally of Deputy President William Ruto, has denied the claims and accused his rivals of spreading propaganda about him.

His performance at the Sports ministry has been described as being below par.

Similarly, Amina’s ability to steer the Education sector has been put under the spotlight with her decisions such as on implementation of the competence-based system being questioned.

At one point, she announced that implementation of the system had been put off due to lack of adequate preparedness before rescinding it shortly after.

She was on many occasions compared to her predecessor Fred Matiang’i whose firm and hands-on management style led to radical changes in the sector, including management of national examinations, and she faired badly.

Her replacement, Prof Magoha, is a performer just like Matiang’i and together they delivered clean exams in 2016 for the first time in history. He is a former vice chancellor of the University of Nairobi, where his no-nonsense rule is still remembered.

Many Kenyans had anticipated the President will make radical changes in government as part of the war on corruption but this was not to be. 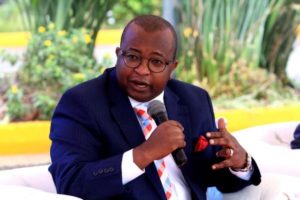 Housing PS Hinga Mwaura speaks on his life in the slum
At a mere glance, Principal Secretary Charles Hinga Mwaura can…