At the tail end among the suburbs was Donholm with prices dropping by 0.89 per cent over the quarter while in the suburbs Kitengela posted a 1.71 per cent decline.

The past months have seen several investors announce projects that include building of houses, student hostels, office blocks and hotels.

Among them is Cool Breeze Development Limited, a Nairobi-based group of investors, which last week unveiled plans to construct five 14-floor blocks in a gated community in Nairobi.

The project, according to the developers, targets middle to high income earners, with the construction set to start soon.

Another developer who has announced plans to invest in Kenya is Consonance Kuramo Special Opportunities Fund I, a subsidiary of New York-based Kuramo Capital, which bought a stake in Century Developments Limited, a Pan-African real estate development.

The deal will see Kuramo invest Ksh 20 billion (US$200 million) over the next five years on the development of 10,000 purpose-built student housing units and 7,500 affordable houses targeting young people and middle-income families in major towns across the East African nation.

Recently, the United Bank of Africa (UBA) Bank, which operates in 20 African countries including Kenya, announced plans to build affordable housing scheme in Kakamega County, in which it will finance over 1,000 affordable housing units for Ksh 302 million in partnership with National Housing Corporation.

And last week, the Federation of Kenya Employers, which represents collective interests of employers in the country, unveiled plans to put up an eight-storey office building in Upperhill.

“These projects are a step in the right direction towards addressing the high demand for accommodation across Kenyan institutions of higher learning, as well as addressing the housing deficit by construction of affordable housing,” said Cytonn, a Nairobi-based investment firm in a brief.

The investments complement government’s announcement to build 100,000 housing units across the country under the Big Four Agenda proposed by President Uhuru Kenyatta.

However, the Big Four projects aside, individual investors have also stepped up efforts to construct both residential and commercial buildings.

Data from the Nairobi County Housing Department show that the value of approved building plans stand at an average of Ksh 250 million a month, up from Ksh 200 million last year.

Antony Kuyo, a consultant with Avent Properties, attributed the boom to the stable political environment following the unity pact between President Kenyatta and his rival in last year’s polls Raila Odinga, with developers taking advantage of the environment to launch projects.

Analysts expect real estate investment in the East African nation to pick up in the coming months, with both local and foreign firms investing in the sector.

“We expect to the real estate sector to maintain the expansionary trend due to the high returns from the industry averaging at over 24.3 percent as at December 2017, investment in infrastructure, and continued growth of the hospitality and tourism sectors,” said Cytonn. 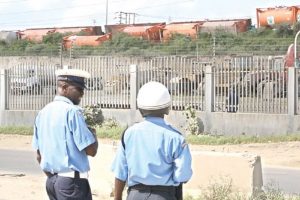