Wazito FC is getting closer to gaining promotion back to the Kenya Premier League following their 6-0 victory against Green Commandos on Friday morning at Camp Toyoyo.

Wazito has been on tremendous form throughout the season and has got even better as the league enters the homestretch. Just last weekend, they won 2-0 against Fortune Sacco with Victor Ndinya and Derrick Onyango placing their names on the scoresheet.

On Friday morning, both Ndinya and Onyango netted twice as Wazito eased past the visitors at Camp Toyoyo. Wilson Anekeya and  Joe Waithira scored a goal each to finish the magnificent 6-0 thrashing of the Kakamega-based Green Commandos.

Ndinya opened the scoring in the 16th minute then added another in the 25th minute. Onyango scored the third Wazito goal in the half-hour mark, also netting the fourth just before half time. All was already looking set for Wazito going into the half time break with four goals in the pocket and a first-half clean sheet.

Upon return to the Camp Toyoyo turf, Anekeya and Waithira ensured that the goals were beyond reach for the Kakamega-based side, which had travelled more than 300 kilometres only to be soaked with goals in Nairobi.

Wazito FC has had changes that have proven to be beneficial to the team this season. They maintain their one-point lead as second-placed Kisumu All Stars won their subsequent match. All-Stars managed to score a single goal to confirm victory against Coast Stima at the Moi Stadium in Kisumu.

Wazito owner Ricardo Badoer could not hide his joy as he took to Twitter to celebrate the victory.

“6 -0, I can hear our next opponents’ legs shaking. I feel sorry for them having to meet the Awesome Wazito FC machine,” The Dubai-based businessman tweeted.

Wazito’s next game will be against Thika United on Wednesday. 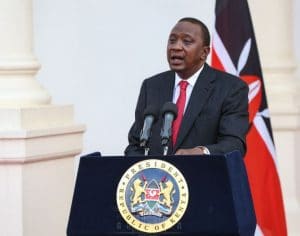 Huduma Namba: 7 more days of queues as Uhuru intervenes
At the 11th hour, President Uhuru Kenyatta has stepped in…