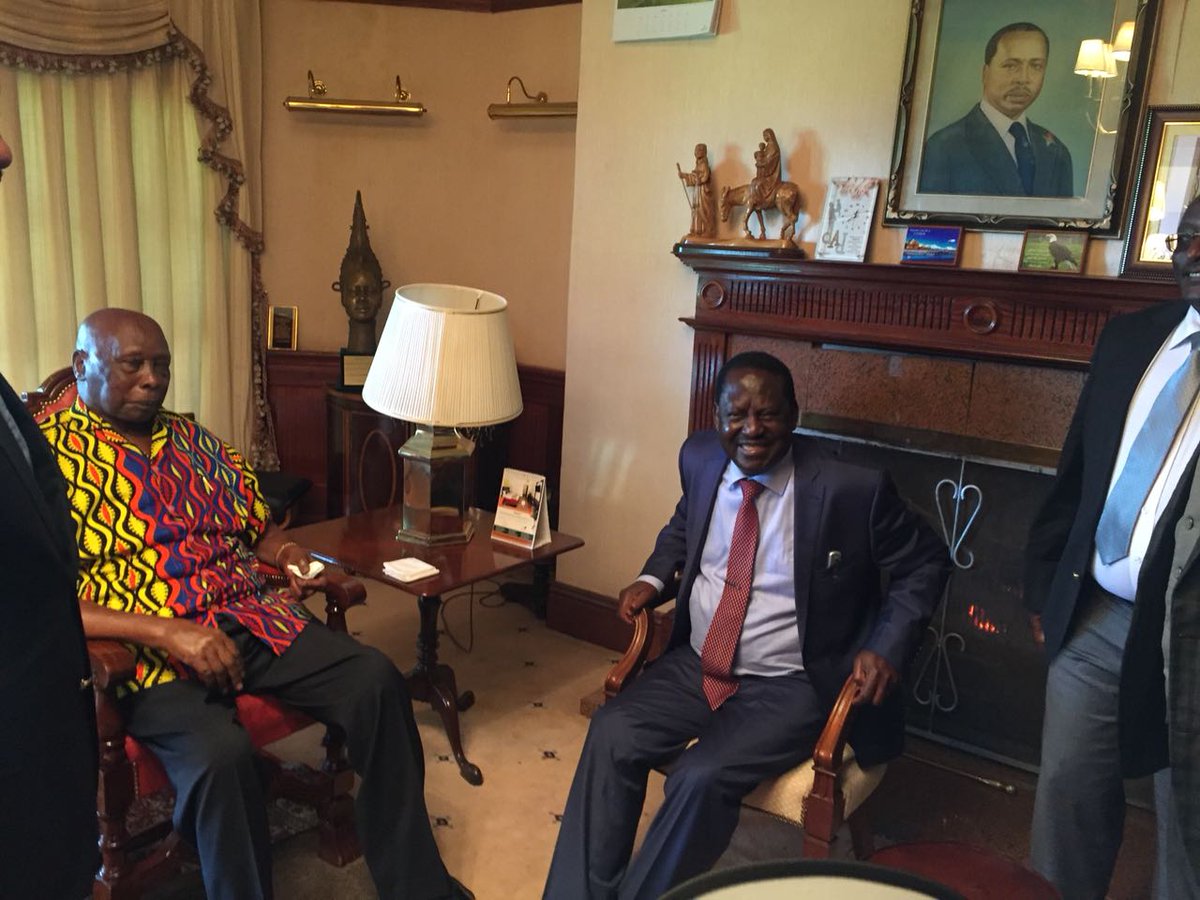 On arrival at the Kabarak airstrip, Raila and his delegation was received by Tiaty MP William Kamket and Moiben MP Silas Tiren.

At home, he was welcomed by Baringo Senator Gideon Moi and former MP Nick Salat who ushered him to a meeting with the former President.

Raila has been on unification mission since the Harambee House handshake that sealed a truce with President Uhuru Kenyatta.

Among those he has met are former Kiambu governor William Kabogo, MPs, Knut secretary general Wilson Sossion, who is also an ODM Nominated MP and members of the People’s Parliament.

He has also held discussions with foreign envoys including outgoing US ambassador George Godec, British High Commissioner Nic Hailey, a Commonwealth delegation led by  Secretary-General Patricia Scotland and a delegation from the US-based National Democratic Institute led by its President Kenneth Wollack.

Raila has also been invited to this year’s Devolution Conference in Kakamega as the “father of devolution.”