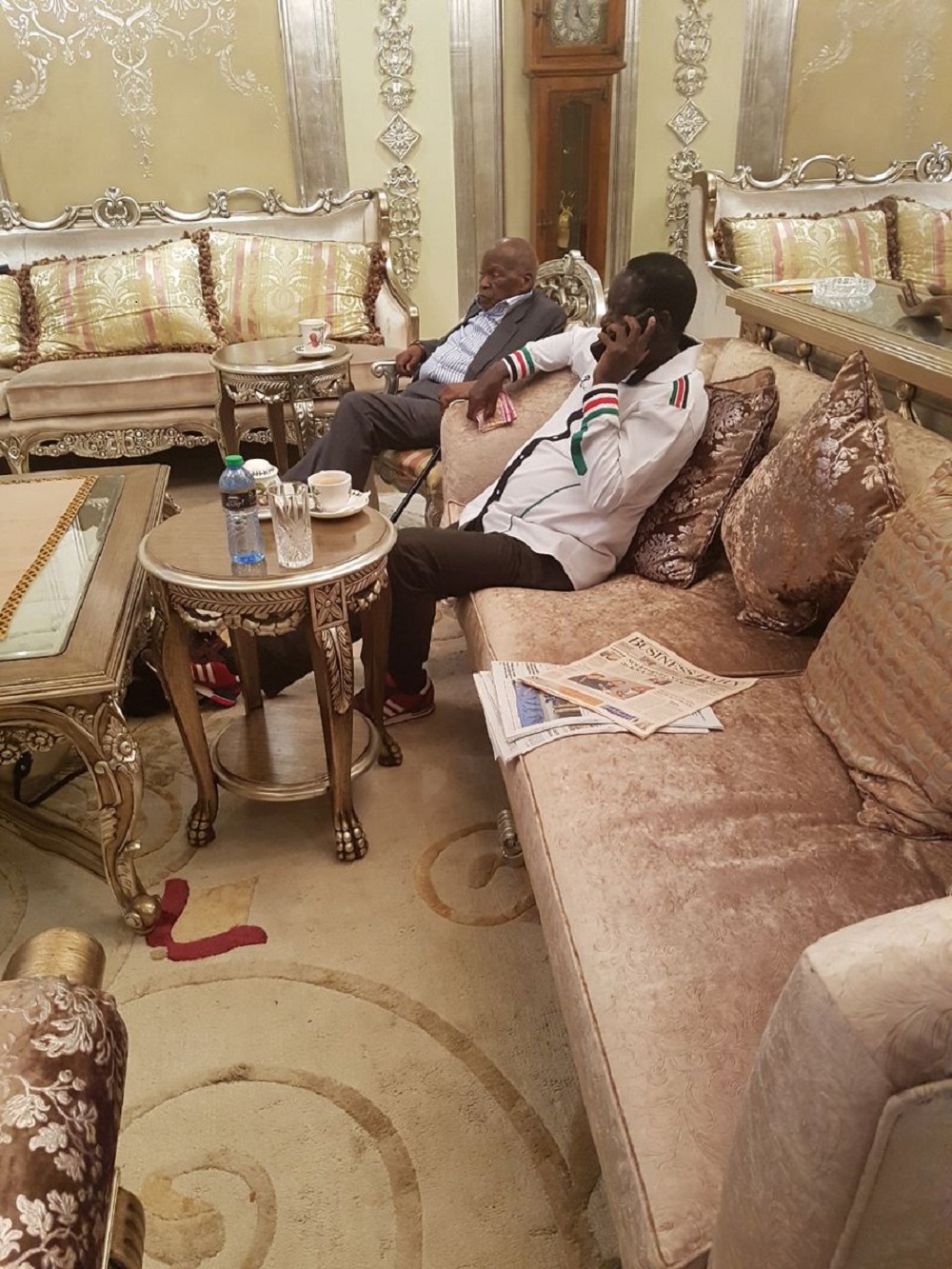 NASA leader Raila Odinga says he was d******d at the Muthaiga home of billionaire businessman Jimmy Wanjigi where he had gone to inquire why police were disobeying court orders.

Speaking to the press Wednesday morning, Raila says the officer in charge of the operation told him not to leave after receiving orders from above and later changed his mind, raising suspicions. He was forced to spend the night at the home.

Wanjigi, who was holed up in the palatial house, protested his innocence, saying he was unjustly being persecuted.

He said he has licences to prove that he was in legal possession of every g*n seized by the police, accusing them of putting him under s***e for 72 hours on the basis of fabrication.

The businessman accused the over 100 officers of trying to desecrate the home where his family lives.

He says even President Uhuru Kenyatta knows the home very well and has even eaten there, including in 2013 when he was backing his 2013 State House bid.

According to him, were it not for Raila, the security officers would not have left the home as they were determined to get him.

According to Siaya Senator James Orengo, who secured the orders barring the officers from arresting the businessman or destroying his property, accused them of trespassing on the property.

Orengo said he would move to court to sue the Inspector General of Police and the Director of Public Prosecutions for c***************t.

He said Wanjigi is ready to appear in court if he is given guarantees.

Other NASA principals were also present.