Habitat Height is the first project developed under the Memorandum of Understanding between the State Department for Housing and Urban Development and UNOPs in September 2018 to develop 100,000 housing units.

Who will own the units?

The project is being undertaken by AFRA Holdings Limited through its local subsidiary Singapura Developers LTD (Kenya) in conjunction with Housing Finance.

Speaking at the launch, President Kenyatta said the government is committed to increasing home-ownership in Kenya.

“The delivery of the houses promoted under the Affordable Housing Programme initiative demonstrates the government’s commitment to delivering affordable housing which is one of the Big 4 Agenda priority areas,” the President said.

During the launch, the President also unveiled the roadmap for the development of more houses under a development that is part of a new well-planned city.

“Our UNOPS partners have arranged for funding for these 100,000 units so that homebuyers will access affordable mortgages to purchase their new homes,” President Kenyatta said. “This project alone will inject an estimated USD 5 billion into the economy which affirms Kenya as a worthwhile destination for foreign direct investment (FDI),” the President said.

The President also revealed the government’s efforts to mitigate the high costs of horizontal infrastructure which contributes to the cost of development.

“We decided to make national and county government land available for projects at no cost to potential home buyers.  Additionally, we have set aside Ksh30 billion towards infrastructure at the municipal level and have already disbursed Ksh11 billion with the next phase funding to be provided soon,” the President said.

The Cabinet Secretary for Transport, Infrastructure, Housing and Urban Development Mr James Macharia said Habitat Height Project is catalytic and being the first major project promoted under the Affordable Housing Programme, it has attracted other investors to participate in the Programme.

“These kinds of projects can’t succeed without strategic partners and we are happy to have more partners come on board,” Mr Macharia said. “Today is a historic day as it demonstrates that the housing agenda is gaining momentum and is on schedule.”

The United Nations Under-Secretary-General and Executive Director of UNOPS, Mr. Vitaly Vansheilboim congratulated the government for bringing affordable housing to the forefront. “We will showcase this project across Africa as it demonstrates what a dedicated government can do to the people,” Mr. Vansheilboim said.

State Department of Housing Principal Secretary Mr Charles Hinga said there is a rapid rate of urbanization in Kenya and the need for access to decent and affordable housing is more important than ever.

The Affordable Housing Programme is an initiative by the Kenyan Government as one of the pillars under the ‘Big 4 Agenda’ to ensure that low and middle-income households have access to decent and affordable housing.

Under the Programme, the government is set to enable private developers to construct 500,000 housing units to meet the growing demand for houses in the low and middle-income category.

Developers and potential home-buyers under the Affordable Housing Programme are set to enjoy various incentives including tax breaks as stipulated in the Financial Act 2019.

All the developers who put up at least 400 low-cost residential houses will enjoy a lower corporate tax rate of 15%. Homebuyers will not only enjoy affordable monthly payments tailored to their income, but first-time homebuyers will enjoy a 15% tax benefit on their PAYE. It is expected that this benefit will drive savings towards home-ownership.

The other incentives for developers include: 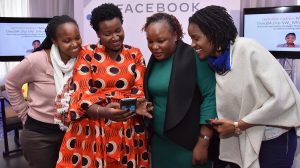