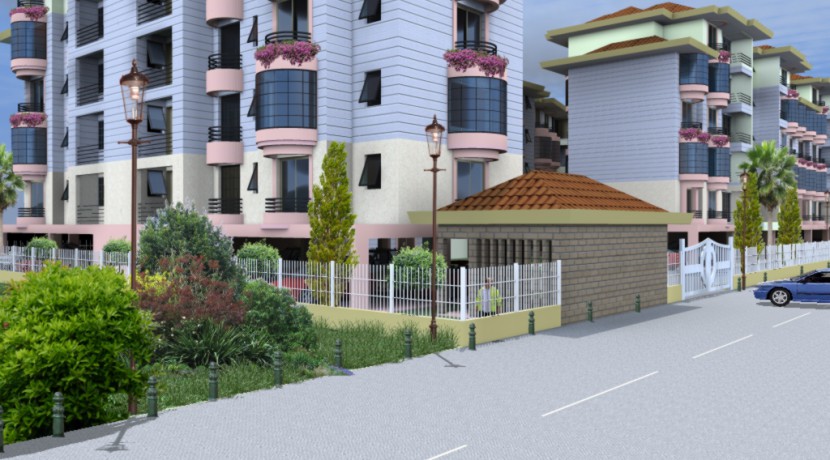 Prices of residential houses appreciated by 3.8% in 2017, which is lower than price appreciation in 2016 at 7.4%, which has been attributed to investor anxiety over the elections and thus postponement in making of long-term decisions, according to Cytonn Research.

Cytton, however, says the market is likely to recover given the opportunity in the residential segment with returns of up to 20% in the last five years. “There still exists a huge opportunity in housing given the largest deficit in the market. The returns have remained attractive in some sub-markets and thus investors ought to carry out research to identify specific market niches,” it says.

Rental yields in 2017 remained stable at 5.6% compared to 5.2% recorded in 2016. This indicates that there is still sustained demand for rental housing

On general performance, with an average price appreciation of 3.8% in 2017 and rental yields averaging at 5.6%, the total return in the market averaged at 9.4%. In some sub-markets such as Thindigua, however, returns of up to 19.3% were recorded.

On housing demand, Nairobi has a housing deficit of approximately 1.9 million units in 2017 with 70.7% of the demand in the Lower Middle Income segment of persons able to afford an average rent of Ksh18,000 per month.

The report further shows that 26.4% of the housing demand is in the low income segment of persons who can afford Ksh6,734 per month on average.

According to Cytton Investments’ report, titled, Nairobi Metropolitan Residential Report – “Pockets of Value in the Face of Declining Performance”,  Ridgeways and Kilimani provided the best investment opportunity for apartments driven by high returns, uptake and proximity to main business nodes, while Juja and Runda Mumwe had the best investment opportunity for detached units due to uptake and high returns.

READ: Runda vs Karen: Which is coolest place to stay?

The report notes that the government has introduced incentives such as scrapping of fees and 15% tax for firms that build 100 affordable units annually to boost development of housing for lower income segments, adding that due to the current high prices of houses, the market remains to be largely a renters’ market.

It adds that investors have shied away from low performing areas such as apartments in Ngong’ , Juja and Donholm.

“We expect increased investment in the best returning areas such as Thindigua, Ridgeways and Lang’ata. Sales are likely to pick up in performance once the elections period is over, as demand remains high,” adds the report.

It says Lower Kabete area has the highest returns in the high-end market, which could be attributed to the low supply in this market thus low competition among developers. The area has high land prices of more than Ksh100 million per acre which has pushed property prices up.

Runda area has high returns due to relatively higher rental yields as it attracts the ex-patriate market working at the United Nations.

In the same segment, Karen has the lowest returns due to low price appreciation. This could be attributed to the high supply of units in the area creating competition among developers.

According to the report, which was released Monday, Runda Mumwe and Langáta areas have the highest returns in the Upper Middle Income segment of the market at 17.4% and 12.0%, respectively. Langáta has a high price appreciation driven by demand due to its proximity to the Nairobi CBD and other business districts such as Upperhill, while there is low supply to match the demand

Runda Mumwe benefits from its association with the neighbouring prime Runda Estate thus attracting the upper middle income population. Due to the low incoming supply in Runda, buyers are venturing into Runda Mumwe which has cheaper units with the average price of a 4-bedroom house being Ksh30 million.

The Ridgeways area has low price appreciation as it is slowly transforming as more apartments come up in the area, thus losing its appeal as a an exclusive low-density residential area. Overall, report shows, the upper middle income segment has relatively low annual uptake at 18.0% per annum. This indicates low demand for this type of units.

Juja and Thika have the highest returns at 17.3% and 14.7%, respectively, driven by demand from the lower middle income population, and also because the units are relatively larger compared to areas such as Donholm for the same price. Asking Prices in Donholm declined by 3.2% indicating lower demand compared to previous periods as buyers prefer other locations with lower prices per square metre.

Detached units in the lower-middle segment have higher annual uptake at 28.4% compared to the high-end and uppermid end segments indicating high demand from this segment.