After 41 years, President Uhuru Kenyatta has announced an end in the public commemoration of his father, Mzee Jomo Kenyatta, the first president of Kenya.

Speaking at Holy Family Basilica in Nairobi on Thursday, President Kenyatta said that the decision was reached after extensive consultation with the family members and they will celebrate him in the manner they remember him.

“The family has agreed that this is going to be the last commemoration of Mzee in this manner. We shall each celebrate him as we remember him and the manner which we will be doing our things going forward,” said President Kenyatta.

He accorded the family’s gratitude to the former Presidents Daniel Arap Moi and Mwai Kibaki for observing the day for 21 years and 10 years respectively.

“From the bottom of my heart on behalf of the family of the late Mzee Jomo Kenyatta, we thank the second president of Kenya, Daniel Arap Moi, who without fail for 21 years, observed this day,” said Uhuru.

Mzee Jomo Kenyatta died in his sleep on August 22, 1978, while on a working holiday in Mombasa.

“As we leave today, let us leave with his (Mzee Kenyatta) spirits in our heart and let him guide us. Let him guide what we say, how we act and interact with one another,” added Kenyatta.

The president called on the nation to remember the founding fathers of the nation by acting positively and decisively in line with visions of those leaders.

“Make a difference in the life of at least one person and let your actions help move our nation forward,” he said.

The first president is fondly remembered for his leading role in the struggle for Kenya’s independence from colonial masters.

As an anti-colonial activist and a politician, he wrote articles and books on why the nation needed to govern itself.

On June 1, 1963, Jomo Kenyatta became Kenya’s first Prime Minister. The following year, he ascended into the presidency until his death.

Upon his death, the then Vice President Daniel Arap Moi was sworn in as the president in the State House by Chief Justice James Wicks. Moi ruled for 24 years. 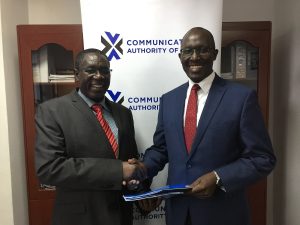