Royal Media Services (RMS) has announced a major restructuring anchored by Nation Media Group journalists brought in to stimulate change. Former NTV anchor Jamila Mohammed has been named as the Managing Editor (Swahili) replacing Swaleh Mdoe, who has been acting in the position since November last year when he was stripped of the position.

Former NTV General Manager Linus Kaikai, whose journey to RMS had been politicised following reports that State House had stalled his hiring, has been named as Director, Strategy and Innovation while former KTN Managing Editor Joe Ageyo has been confirmed as Editorial Director in the changes announced by Group Managing Director Wachira Waruru.

Fred Afune, who it was initially billed to replace Farida Karoney has been appointed Director, Radio and Technical Services, while veteran radio journalist Vincent Ateya is the Head of Mulembe FM /Sulwe FM /Vuuka FM.

NMG, which recently restructured in the face of declining financial fortunes, has seen its TV arm lose almost all the experienced journalists, a development that is likely to hit its ratings. Some of the senior journalists who have left include Emmanuel Juma, Kaikai, Jamila and Larry Modowo.

With strengthened editorial and commercial divisions, the SK Macharia-founded RMS is likely to enhance its foothold in Kenya’s media scene.

NMG also lost key independent columnists after eight of them resigned enmasse to protest lack of editorial independence at the twin towers, a move that is also likely to hit its print circulation numbers.

Wachira said the changes will help strengthen RMS’s strategy and vision. “These changes will enable us position for long term growth and bolster our position as market leader of Kenya’s broadcasting industry,” he added.

Here is the memo: 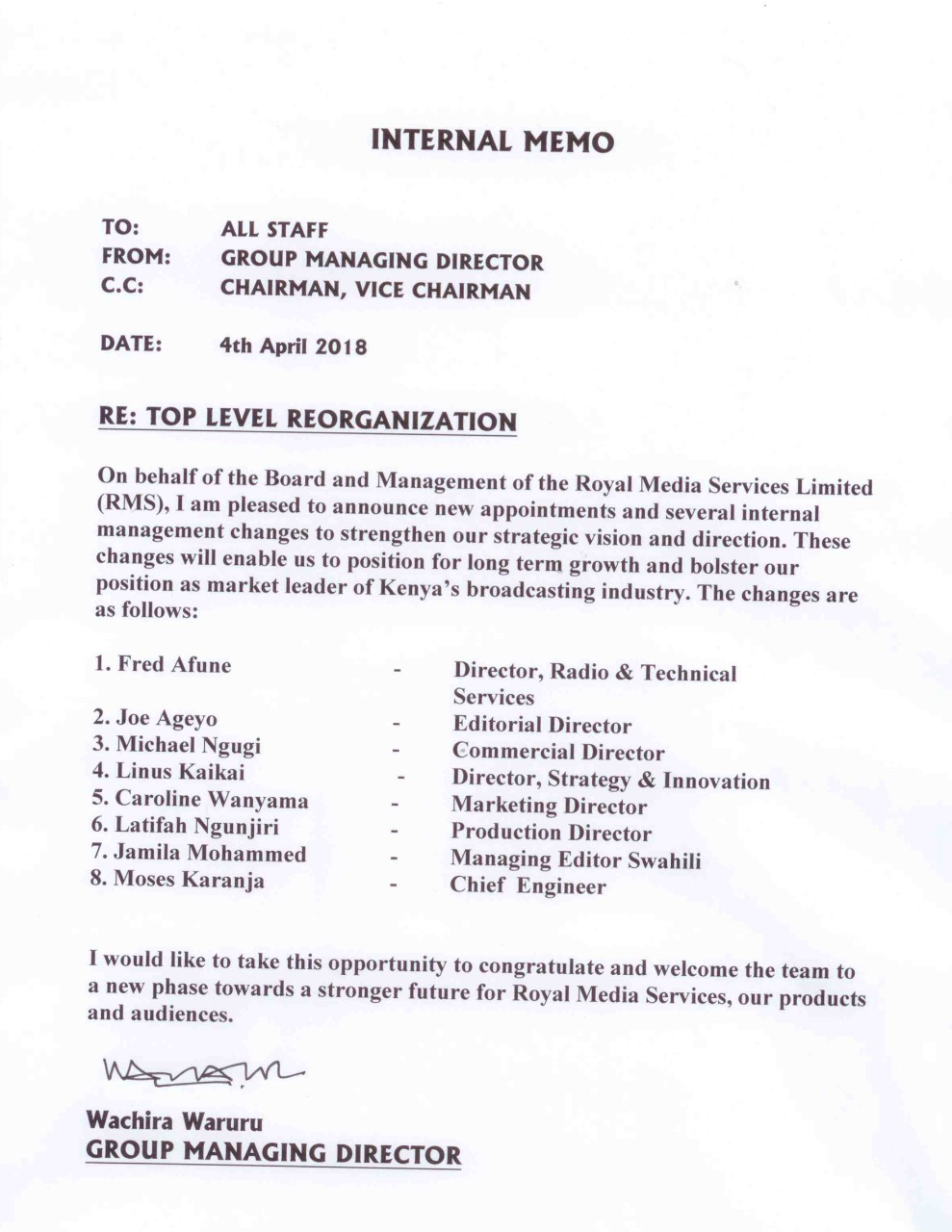