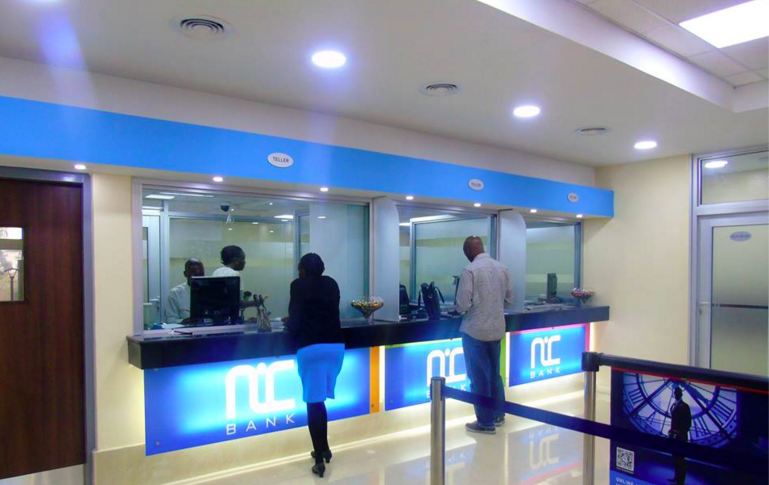 NIC Group has reported a pre-tax profit of Ksh 5.6 billion for the year ended 31 December 2017, compared to Ksh 6.2 billion the prior year indicating a 9.2% year on year decline, mainly driven by a reduction in interest income on loans and advances.

The lender, however, says it continued to make good progress in its strategic growth despite the challenging operating environment due to the interest rate cap and a protracted electioneering period.

Total Assets grew by 22% year-on-year from Ksh 169.5 in 2016, to Ksh 206.2 billion as at end of 2017. In the last three year strategic cycle, the Group invested heavily in growing their customer focused franchises namely Retail and SME banking and this saw its total assets increase by 42% from Ksh 145.8 billion in 2014.

Total liabilities closed at Ksh 171.5 billion driven by strong growth in customer deposits which increased by 24% during the period. This was driven largely by the Group’s strong customer relationships as well as flight to quality from depositors.

The NIC Bank Kenya PLC customer account numbers have increased by 67% in the past three years and 11% during the year under review. In line with its digitisation agenda, the Bank now processes more than 58% of all transactions though its digital channels up 16% year on year.

According to NIC, introduction of the rate cap in 2016 has seen a reduction in lending to businesses leading to a sharp decline in credit growth in the private sector. Despite this, NIC Bank has continued to see a growth in lending. The Bank’s balance sheet primarily led by lending to SME’s and Asset Finance customers, saw an increase in net loans and advances by 5% year on year to Ksh 112.3 billion.

“We have spent the last three years investing in building our SME offering by ensuring our products and services meet our SME customer needs, as well as getting the right talent that understands their market needs. This investment has paid off with our SME book growing significantly,” said NIC Group Managing Director John Gachora.

The Bank’s non-performing loans remained relatively stable growing from Ksh 12.6 billion to Ksh 13.3 billion as at December 2017, reflecting a challenging operating environment which saw NPLs for the industry rise from Ksh 215 billion in 2016 to Ksh 259 billion in 2017.

The Bank’s cost to income ratio increased to 37% from 34% reported a year ago. This has been impacted mainly due to investments in people and technology to serve the bank’s growing footprint.

Total operating income declined by 8% year on year to KES 13.5 billion from KES 14.7 billion while total operating expenses (excluding loan loss provisions) increased year on year by less than 1% in line with the Bank’s strategic move to invest in technology to support branch expansion.

The Board of the Group has resolved to recommend to the shareholders at the forthcoming Annual General Meeting, scheduled for 25 May 2018, the payment of a first and final dividend for the year of KSh 1 per share.

The Board has also recommended the issuance of Bonus shares at the rate of one new fully paid up bonus share of par value Ksh 5 for every 10 shares of par value Ksh 5 to be issued to the shareholders registered on the company’s register at the close of business on 30 April 2018. The Bonus issue is subject to approval by the Capital Markets Authority and the shareholders at the Annual General Meeting to be held on 25 May 2018.

Gachora says NIC Group PLC is ready for its next phase of pace-setting growth and market leadership positioning after successfully concluding its three-year strategic plan.

“We are entering a new ambitious five-year strategic journey. The new five-year, 2018 to 2022, journey is critical as it is intended to refocus our efforts to become the most customer-centric financial services institution and ‘go-to’ thought leader in the arena of financial and business advisory services,” he told an investors briefing.