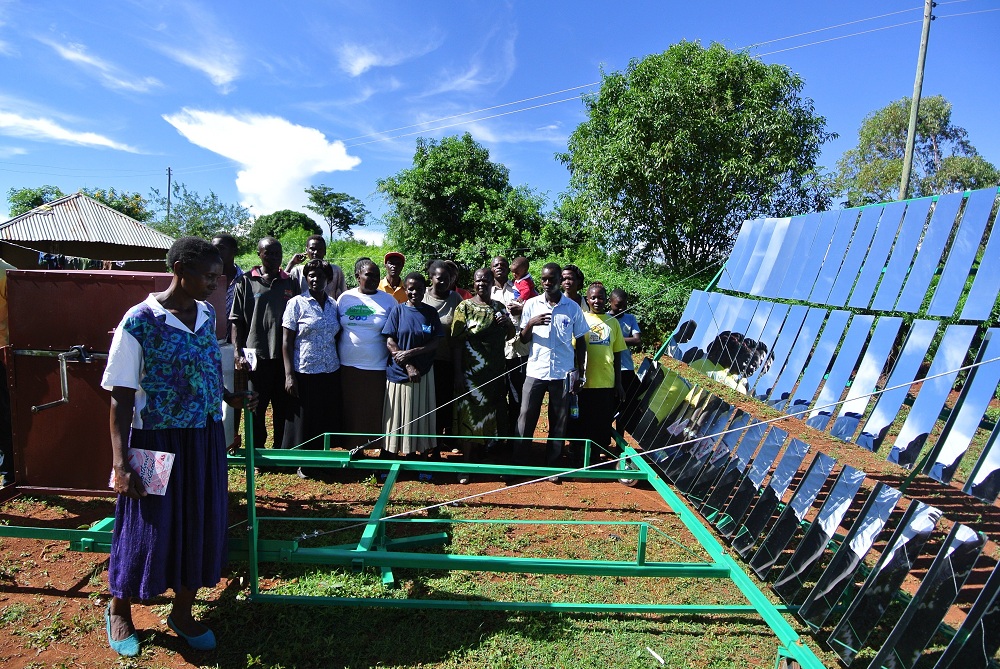 Speaking in Siaya on a media tour of the project being piloted by Siaya based self-help group, Yier Ngima, World Vision Kenya Programme Manager, Evans Osumba said the pilot project has been successful and has had a positive economic impact on those using the new technology.

“Yier Ngima has been producing organic peanut butter with the concentrators. They have reported reduced charcoal costs by 100% during sunny season. Also the negative side effects of charcoal use have been removed; the peanut butter tastes better and the workers are no longer exposed to toxic fumes,” said Mr Osumba.

The group’s chairperson Conslanta Omondi said the project had helped the group to improve livelihood of its members and the community through farming and to improve their incomes through value addition of groundnuts and soya.

“We have applied for standardization by Kenya Bureau of Standards and we have already been assessed in preparation for quality certification. This, we believe, will enable us sell our products in supermarkets across the country,” said Ms Omondi.

Wärtsilä Business Development Manager for Anglophone Africa George Oywer said:“We like the fact that GoSol technology is based on solar power thus we sponsor GoSol’s operations so that they in turn can help micro entrepreneurs.”

READ: Betty Kyallo’s new BMW that is the talk of town

“The technology uses locally available materials, such as steel and mirrors. The idea of the pattern is to concentrate sunlight into one focus point and create enormous heat (up to 300°C). The mirror ray can be scaled and adapted to perform almost any task powered by heat. The technology is simple and efficient and the maintenance is uncomplicated. It’s the beginning of a big change in renewable energy for SME’s t,” Mr Oywer said.

GoSol.org is part of World Vision Finland’s Weconomy innovation programme, which brings together companies and communities in areas where World Vision works.

“The aim of Weconomy programme is that both companies and communities learn from each other. They co-create products or services that benefit the people,” said Osumba.