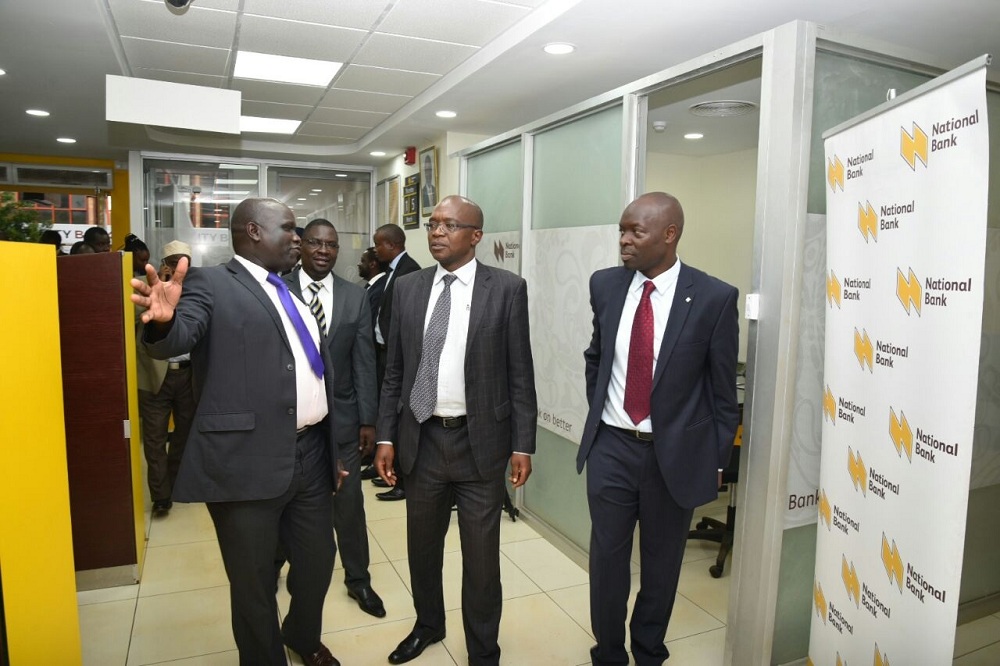 National Bank has open a new branch in Nandi Hills and another one in Kitale as it targets the expanding agribusiness sector. The two new branches brings the bank’s branch network across the country to 85.

Speaking in Nandi Hills during the official opening of the branch that will serve residents of Nandi County, National Bank of Kenya Director Corporate Banking, Reuben Koech said agribusiness was a critical sector for the Bank’s growth plans, adding that the launch of two branches in the country’s agricultural zones attests to the emphasis the bank puts on the agribusiness sector in helping it achieve a competitive advantage, growth and profitability.

“Agribusiness market accounts for more than 50% of the Kenyan economy.  This size of market and potential for serving the various agribusiness actors is compelling and as such it’s critical that as a bank, we focus our efforts in building this sector. The launching of operations in Nandi Hills and Kitale is part of our plans to establish presence in this sector,” said Koech.

He observed that both Nandi Hills, which is one of the country’s leading producer of tea and Kitale, the country’s bread-basket, were agricultural towns which offered a lot of potential for the growth of the bank.

“High priority value chains we have already identified for funding in the two area include dairy farming, tea farming, horticulture, vegeculture, livestock and fisheries and agribusiness enterprises including input suppliers, agrovet consultants, agrovet outlets, agri-based processors and market facilitators.We have tailor made solutions in line with our overall growth strategy for the agribusiness sector,” said Koech.