Cash strapped Nakumatt Holdings has closed its 19-year old Kisumu branch on Mega Plaza as it fights to cut back massive debts in a recovery bid. The giant retail chain on Monday pulled down doors on the only 24 hour supermarket situated at a prime location in the lakeside town, denting its ambitions to build a 24-hour economy.

The closure of the branch popularly known Nakumatt Nyanza comes nine months after expanding onto a bigger space following expansion of its Mega Plaza premises into a mall.

Workers at the store were issued with letters asking them to report to the Nairobi head office to be told the way forward.

There was no public notice on its closure even as goods were carted away to the Mega City branch outside the CBD on the Kisumu-Nairobi road since Friday. Nakumatt Mega City, Kisumu’s largest supermarket by size has also been struggling with empty shelves.

The move is a blow to the Mega properties franchise which had banked on the famed supermarket as an anchor tenant to promote one stop shopping experience at mall.

Shiloah Investments, the group of investors behind Mega are among 19 landlords suing Nakumatt for Ksh 596 million rent arrears owed to them after the retail giant announced it would continue to shut down more branches. 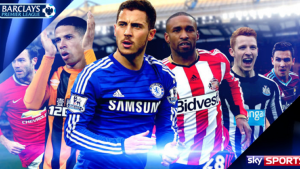