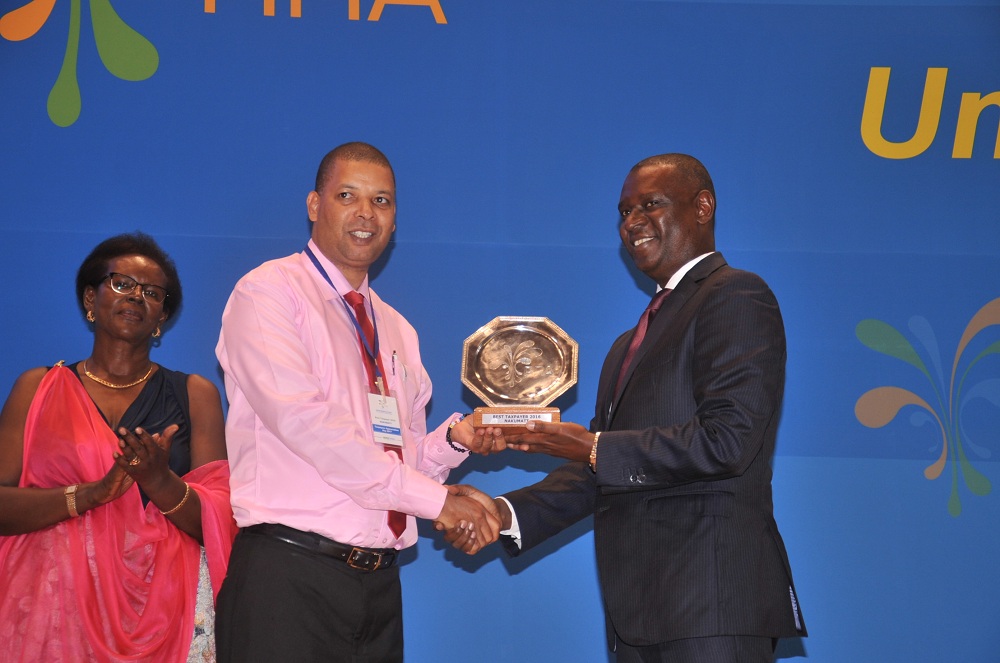 Nakumatt Rwanda, which operates three retail stores in Kigali, was adjudged the best tax paper on Friday evening at a colourful event hosted by the RRA to celebrate tax payers in the country.

Speaking at the event, RRA Commissioner-General Richard Tusabe confirmed that Tax compliance rates in the country are steadily edging up with continue support from various economic fronts including the private sector.

The RRA Boss disclosed that the tax body had managed to beat its collection target in the last financial year by more than Ksh 1.1 billion (Rwf8.6 billion) based on a total collection of than Ksh 138 billion (Rwf1,102.8 billion) last year.

The retailer he said had successfully managed to integrate Electronic Billing Machines (EBM) across the branch network in Rwanda.