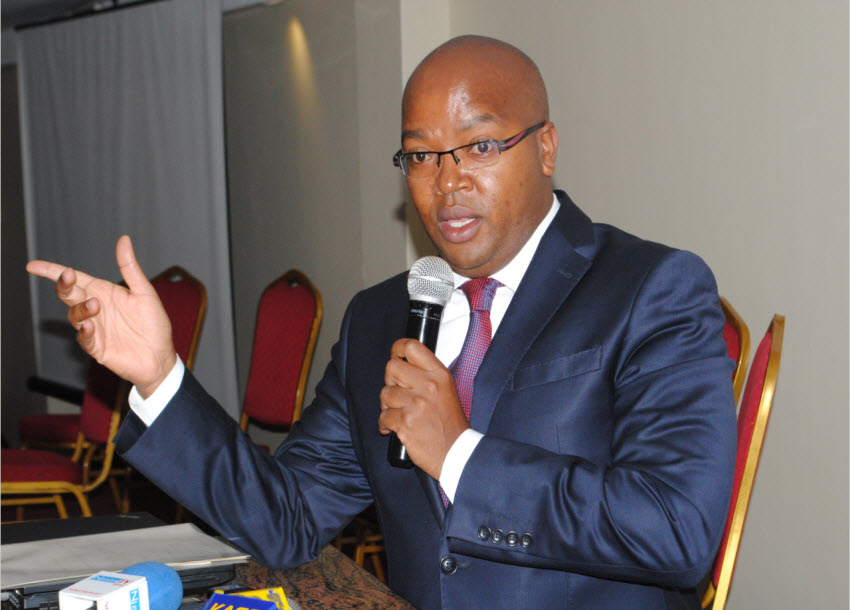 Lands Principal Secretary Nicholas Muraguri is on the spot yet again after failing to answer audit queries on the expenditure of Ksh 7.1 billion.

The money was used to resettle internally displaced persons and Mau Forest evictees and, according to Auditor General Edward Ouko, Dr Muraguri failed to provide documents justifying the expenditure.

This is the second time the PS is being put on the spotlight over questionable expenditure. He was transferred from the Health ministry following the Ksh 5 billion Afya House scandal.

An internal audit had questioned the ministry’s expenditure, including Ksh 1 billion used to procure mobile clinics, which are yet to be deployed.

Recently, Health Principal Secretary Peter Tum told the Public Accounts Committee (PAC) that it was Dr Muraguri wrote to then PS Khadija Kassachoon on May 12, 2015 requesting approval for procurement of the containers that are currently lying idle in Mombasa. He was later promoted to PS in the same ministry.

“The procurement was triggered by a request by the then Director of Medical Services (DMS) Dr Nicholas Muraguri through a letter dated May 12, 2015 to then principal secretary Dr Khadija Kassachoon. The request sought to have the PS approve procurement of 100 portable clinics,” Mr Tum told the committee chaired by Ugunja MP Opiyo Wandayi.

In a special audit report on the statements of accounts for the Ministry of Health, Ouko says Dr Muraguri’s memo to Dr Kassachoon stated that the portable clinics would be placed in strategic areas within slum areas in Nairobi, Mombasa and Kisumu cities.

The audit revealed that the ministry paid Ksh 800 million for the portable clinics before installing, commissioning and handing them over, thus contravening the contractual agreement.