Mumias Sugar factory and headquarters. The company has laid off all its employees. Photo/ Courtesy - Business Today

Mumias Sugar Company has plunged further into negative territory after posting a Ksh 15.1 billion loss in the year ending June 2018, which is more than double the Ksh 6.8 billion loss reported in 2017.

Despite receiving billions of shillings in Treasury bailouts, the sugarcane miller attributes the deteriorating financial situation to shortage of sugarcane, which affected operations; a 101% spike in impairment charges to the machinery and plant from Ksh 2.6 billion to Ksh 4.9 billion.

In the past, the miller has blamed sugarcane poaching to its woes, which saw its sugar miss from supermarket shelves between August 2016 and October 2017.

“The acute cane shortage significantly hindered the plant throughputs with cane delivered dropping by 32 per cent to 283,435 tonnes compared with 417,347 in the last financial year,”  board chairman Kennedy Ngumbau said.

The announcement of the audited accounts was delayed.  In a statement, the miller had indicated it was due to publish them on 31st October 2018 since the company’s financial year ended on 30th June 2018.

“As per the Capital Markets Securities (Public Offers, Listing and Disclosures) Regulations 2002, we are due to report & publish our audited accounts on 31st October 2018 since our Company`s year-end is 30th June 2018,” read the statement.

The miller has been reeling from debts and owned suppliers and employees more than Ksh 3 billion. It is for this reason that farmers opted to sell their sugarcane to rivals such as West Kenya Sugar Company, which pay them in cash. Outstanding salary arrears stood at over Ksh 700 million.

The government owns a 20% stake in the firm and since 2015, the National Treasury allocated Ksh 3.7 billion for implementation of the firm’s turnaround strategy.

It would later emerge its management under former CEO Errol Johnson could have misused the bailout money with the company announcing it would conduct an audit to establish how the funds were utilised.

“We have invited investigators to look into the Sh3.2 billion that was given to the previous management under Errol,” Ngumbau told journalists at Mumias’ Booker Academy in December 2017.

“The last tranche of Ksh 500 million the company received went into reviving the milling firm. We must be told how the Ksh 3.2 billion given earlier was spent by the former managers,” said the chairman.

It is not clear what became of the audit.  Mumias Sugar last year sought another Ksh 2 billion government bailout as management said it needed more than Ksh 5.1 billion to resume full operations.

However, given its level of indebtedness and operational challenges, it will take a miracle to get it out of the ICU.

Agriculture Cabinet Secretary Mwangi Kiunjuri this week said the company owes the government Ksh 400 million. A special team has been formed to look into its affairs. 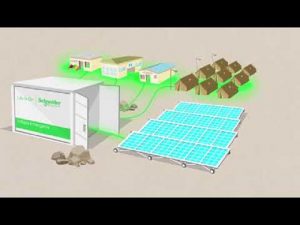