A Kobil fuel station. Kenyans are set to fork out more for fuel following a price review by EPRA.

Motorists are set to dig deeper into their pockets for fuel following the latest cost reviews effected by the Energy& Petroleum Regulatory Authority (EPRA).

The changes show that fuel prices will increase by an average of Ksh2.67. The regulator says the new prices factor in weighted average cost of imported refined petroleum products.

Fuel will be most expensive in Mandera town where a litre of petrol will be retailing at Ksh125.72, diesel Ksh117.30 and Kerosene Ksh115.54.

In Mombasa, residents will get to enjoy the least prices of fuel in the country with a litre of petrol retailing at Ksh101.55, diesel Ksh93.13 and Kerosene Ksh91.37.

“The changes in this month’s prices are as a consequence of the average landed cost of imported super petrol increasing by Ksh3.91% by USD471.01 per cubic metre in December 2019 to USD489.44 per cubic metre in January 2020,” reads the notice by EPRA.

Increase in fuel prices will strain Kenyans even further with inflation in January standing at 5.78% from 5.82 in December 2019.

Globally, oil prices remained higher at the end of Thursday, despite investors hoping that the world’s biggest producers would cut output over fears of falling demand due to the coronavirus outbreak in China, the world’s top oil importer. 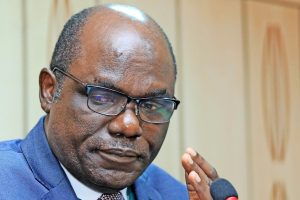