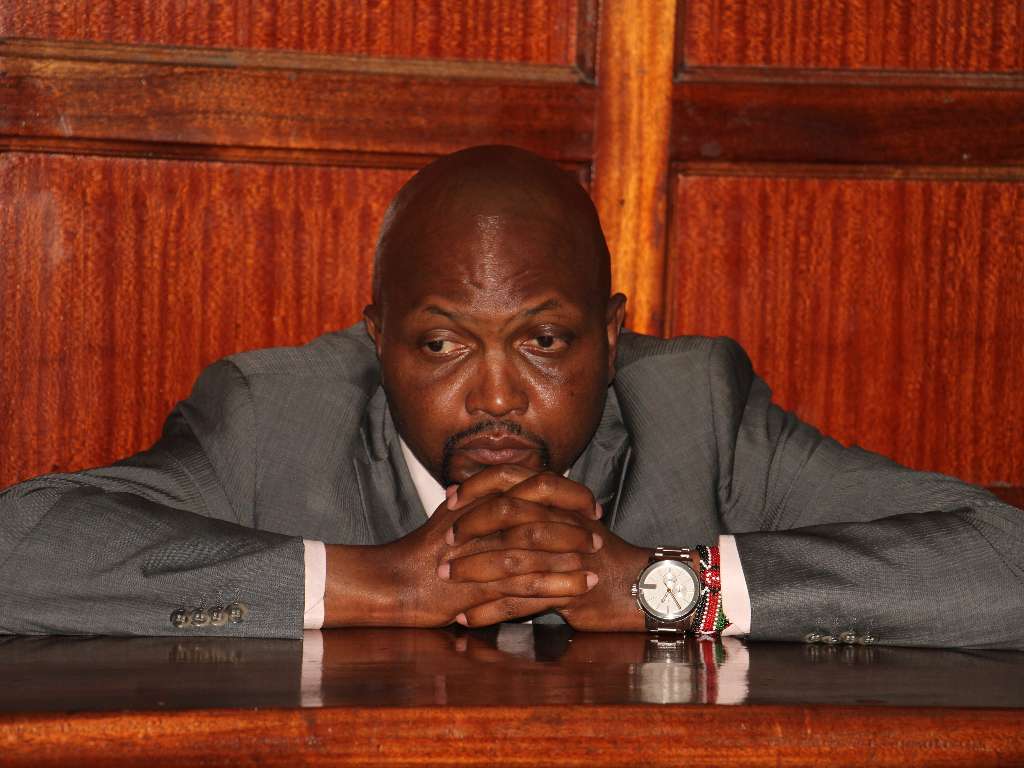 Gatundu South MP Moses Kuria has been slapped with a Ksh6.5 million bill for damaging the reputation of former minister Martha Karua, after claiming that she procured witnesses in the case against Deputy President William Ruto at The Hague.

Mr Ruto had been charged with crimes against humanity in relation to the 2007-08 post-election violence. But the case was dismissed in April 2016 for lack of sufficient evidence. Ms Karua had complained that the words uttered by Mr Kuria were damaging to her reputation and lowered her dignity in society.

She said the words were malicious, unwarranted and defamatory in nature as they injured her character, personal credit and reputation as well as her standing as a politician, businesswoman, family woman and an advocate.

Although Ms Karua has asked for Ksh20 million, Justice Joseph Sergon said Ksh6.5 million was sufficient. Ms Karua said Mr Kuria made the remarks during a political rally in Kapsokwony in Bungoma County on September 21, 2015 at a political rally, “disguised as a prayer rally”.

According to the former Justice Minister, Mr Kuria alleged that she was ready to call her ‘to confirm’ that the procurement of witnesses was just a political game. Ms Karua issued a demand letter the same day, asking the second-term MP to withdraw the remarks and apologise.

She said that Mr Kuria was aware that the words would be picked by the media. But instead of apologising, Mr Kuria made the same remarks at the precincts of Parliament the following day.

Ms Karua said the claim that she procured witnesses amounts to a criminal offence as it damaged her image locally and internationally.

She was a member of the mediation team, chaired by former UN Secretary-General Kofi Annan. She was later appointed Justice and Constitutional Affairs Minister in the Grand-coalition government.

The former Gichugu MP said that she has worked hard and diligently to build her reputation and is therefore entitled to protection. She told the court that she has never met Mr Kuria nor discussed anything to do with the procurement of fake witnesses for the ICC prosecutor.

READ: Can David Makali save the Star newspaper?