Nairobi Governor Mike Sonko. He has been released on a Ksh15 million cash bail

Nairobi Governor Mike Sonko has been released on a Ksh15 million cash bail or a Ksh30 million bond.

While delivering his ruling, Anti-Corruption Magistrate Douglas Ogoti explicitly barred the city governor from accessing his office but ruled that Sonko can fetch his personal belongings from City Hall under the strict supervision of the investigating officer.

The magistrate also barred the county officials charged alongside Sonko from accessing their offices at the county headquarters in Nairobi Central Business District (CBD).

Ogoti, in a bid to ensure that the governor’s release does not precipitate any chaos barred parties in the case including Sonko, his co-accused, the Office of Public Prosecutions (ODPP) and the Ethics and Anti Corruption Commission (EACC) from posting details about the case on social media. Sonko has also been barred from speaking to the press about the case.

“All parties in the case including but not limited to the ODPP, the EACC and the accused are hereby prohibited from commenting on this case on social media in whatsoever manner and that should be taken seriously,” ruled the judge.

Sonko has also been directed to deposit his travel documents with the court after the prosecution argued that he is a flight risk.

The magistrate also warned the governor against inciting his supporters to violence saying that it might lead to the cancellation of his bail.

“Accused one is also directed to ensure that his supporters do not cause any disruptions to any known legal process or disrupt peace in whatever form,” the judge added.

All the accused persons have also been warned against interfering with witnesses in the case.

“All accused are barred from accessing by themselves or their proxies accessing and communicating with witnesses in any manner,” ruled the magistrate.

Appearing for Sonko, City Lawyer Cecil Miller asked the court to grant Sonko permission to head back to Kenyatta National Hospital (KNH) where he is being treated for hypertension immediately after the magistrate read out his bail terms.

“The accused is supposed to be in hospital. What happened is that he personally insisted on coming out of hospital to appear before this court because he was apprehensive that his absence would have compounded on the position for his bail and the other accused persons,” argued Miller “He is actually here against the doctors’ instructions and if you can look at his hands you can see the straps that show that he was actually on drip and was brought here (court) in an ambulance,”

Miller also asked the court to give specific orders barring EACC and ODPP from arresting Sonko again expressing fears that the heavy police presence in the courts was an indication that the prosecution was planning to re-arrest the governor after processing his bail terms.

See Also: Is This The End For Sonko? 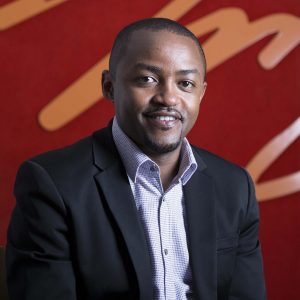