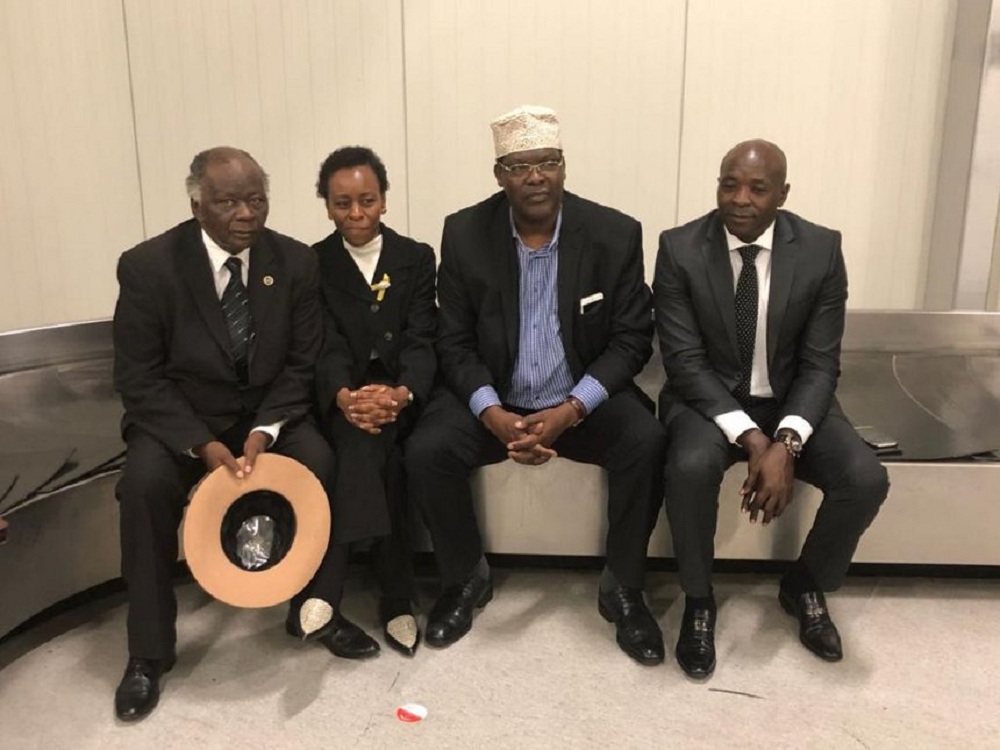 Lawyer Miguna Miguna is likely to spend the night at the Jomo Kenyatta International Airport (JKIA) as the government remained adamant that he must produce his Canadian passport before being cleared to enter the country.

Miguna and one of his lawyers Cliff Ombeta claim the authorities want him to secure a temporary tourist visa, which would deny him his rights as a Kenyan.

“They want him to take a temporary visa so that he becomes stateless when it expires. We have advised him not to sign the papers. They are now consulting their seniors,” Mr Ombeta told journalists at the airport.

“The despots have denied me entry! They are insisting that I must enter as a foreigner on a visa. I will not and cannot agree. My advocates appear either too weak or compromised,” Dr Miguna said.

“I will not fall into the trick. If I was advising a client as a lawyer, I would not do it. So why should I do it for myself?” Foreigners who enter Kenya on tourist Visas cannot enjoy certain privileges including participating in political activities,” he added.

Interior ministry spokesperson Mwenda Njoka, however, the standoff ensued after Miguna refused to present the passport he used to travel to immigration officers at the airport, which he says is the standard practice.

“The Government has not denied Miguna Miguna entry into the country. Upon arrival atJKIA he was asked to present the passport he travelled in. He declined. It is a requirement under law & IATA regulations for travels to show the documents they travelled in at the point of entry,” Njoka tweeted.

In compliance with the orders of High Court Judge Luka Kimaru, officials from the Kenya National Commission on Human Rights led by chairperson Kagwiria Mbogori to ensure his safe return.

Also present were his lawyers senior counsel John Khaminwa, Nelson Havi and Julie Soweto. As the standoff persisted, Siaya Senator James Orengo also arrived at the airport to try and secure his entry into the country.

Orengo had asked Miguna to support the unity pact between President Uhuru and Raila but the Toronto-based lawyer has vowed to continue with the struggle for electoral justice.

The High Court had ordered that his Kenyan passport be restored and allowed him to use his Canadian passport for travel purposes but the Immigration department appears to have other ideas.

It has also emerged that Miguna was detained at the Heathrow Airport in London over security concerns following an alert by Kenyan authorities.

READ: Why Larry Madowo borrowed a shirt for BBC interview

Miguna’s woes ensued even after NASA leader Raila Odinga said his safe return and compensation of those killed by police in election-related incidents were among conditions he gave President Uhuru Kenyatta before the two agreed to work together to unite the nation.

Most Kenyans on social media are in support of Miguna, saying the government is in breach of the Constitution and court orders in denying him entry into Kenya.