Since bursting onto the scene in the Calif Records era of the 2000’s, Mejja has been one of the most sought after artists in Kenya.

He found success as a solo artist and, later, as one third of the Kansoul alongside Kora and Madtraxx. In 2020, however, Mejja has had one of the biggest years of his career thanks to a slew of hit collaborations.

The Genge legend has been featured on songs by, among others, Otile Brown, Femi One, Jovial, Mbogi Genje, Trio Mio, Willy Paul, Ssaru and Parroty.

One thing fans have noticed, other than the music, is the conspicuous presence of a tumbler in Mejja’s hand in practically all his music videos. 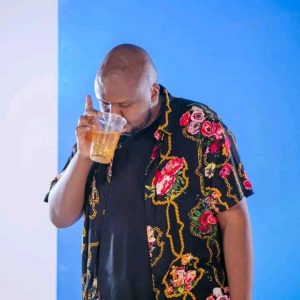 As you would expect, fans aren’t the only ones who caught on to the popularity of the Mejja tumbler as he continued to rule the airwaves.

The ‘Utawezana‘ star revealed in an interview that he had been approached by several entities seeking to launch a line of Mejja-branded tumblers.

Mejja, however, rejected offers brought before him as he did not consider the terms favourable.

According to Mejja, many of those who approached him seemed to be interested in making a quick buck as opposed to building a sustainable, long-term venture.

He also noted that some of them lacked the capacity to manufacture the tumblers as he needed, forcing him to take matters into his own hands.

Mejja noted that his vision was of an affordable, uniquely designed tumbler that could compete with leading tumbler brands already in the market.

“I want my tumbler to be more than a tumbler. You’ll still use it only for one day, but you’ll have a great experience with it,” he stated.

He explained that, despite his star power, he did not want to price his products out of reach for the majority.

Mejja disclosed that he had the design for his ideal tumbler and had initiated talks with manufacturers in China.

“Thinking like a businessman, I need my tumbler to complete with other tumblers.

“If other tumblers are selling at 10 bob then I want my tumbler to be 10 bob. So if we enter a partnership, I’d rather make 2 shillings for many years as opposed to getting a large payment once,” he asserted.

Watch the interview below:

Exclusive Action-Packed Sporting Line-Up Ahead For DStv And GOtv