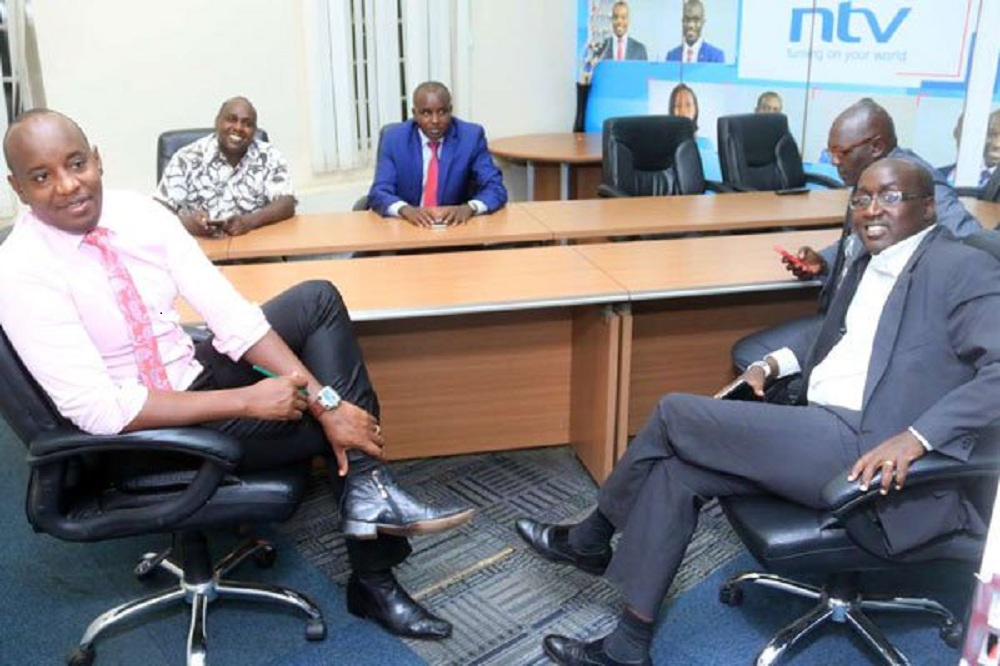 The reorganisation of the Nation Media Group editorial structure, which has seen several editors shuffled and others promoted, is being interpreted as a response to the undercurrents that have been flowing through Nation Centre since last year’s elections.

A curious realignment is the appointment of Pamela Asigi as the NTV Editor reporting directly to Editor-in-Chief Tom Mshindi.

While Asigi, who has been the Head of News and News Producer at the television station, will be replacing News Manager Emmanuel Juma, some are likely to see her new assignment as a response to government criticism that General Manager Linus Kaikai has been tilting NTV coverage to favour the opposition.

Asigi is a highly talented journalist with over 17 years of experience in television journalism and boasts considerable experience managing reporters and cameramen. She is also an award winning journalist in both health and environment reporting and a CNN Journalism Fellow.

Though the accusations against Kaikai are more of a perception, his role as the chairman of the Kenya Editors Guild, a position he used early this week to hit out at the government for issuing an edict to media owners and managers not to provide live coverage to the NASA swearing in of its leader Raila Odinga on Tuesday appeared to have openly put him in direct c*******n with his boss, Mr Mshindi.

In a hard hitting statement, Kaikai said the directive that TV and radio stations shun the NASA event or risk losng the licences, which was issued at a meeting with top government officials led by President Uhuru Kenyatta at State House, Nairobi, as undermining media freedom and criticized the “select” cabal of editors invited to the meeting as sellouts.

“The media remains a mere messenger and a chronicler of any events happening in our country. Our country’s vibrant media is made up of competent professionals in journalists and editors who continue to make sound decisions on what constitutes news in public interest,” Kaikai said.

Moments later, the Guild’s vice-chairman and KBC editor in chief Samuel Maina disowned the statement, saying there were no threats issued. He criticised Kaikai for issuing the statement on such a weighty issue without consulting his team. By virtue of his job and past known leanings, it is unlikely Maina could have sanctioned such a statement in the first place.

Incidentally, among those said to have attended the State House meeting was Mr Mshindi himself. In essence, therefore, Kaikai was hitting out at his boss and it is likely the empire is striking back. Already, his secretary has been withdrawn.

NMG has previously been accused of edging out journalists and other employees, who seek to be independent-minded at the behest of the State top among them being former Saturday Nation Managing Editor Dennis Galava, who found himself in trouble after he authored an acerbic editorial hitting out at President Kenyatta. Cartoonist Gado was also offloaded in a similar situation.

It becomes even more interesting that the changes were effected on the day Kaikai and two NTV anchors Larry Madowo and Ken Mijungu were forced to spend the night in the newsroom in the company of fellow journalists and activists after word went round that police were out to a****t them on the orders of Interior Cabinet Secretary Fred Matiang’i, who it is claimed has an influence on NMG policy.

NTV is among those that were shut down on Tuesday morning, the others being Citizen TV, KTN News and Inooro TV.

Mshindi had, however, earlier criticised the manner the government was responding to the issue.

“We have not had any communication from security over any investigations they are doing. None of the staff members said to be wanted by police has been asked to report to any police station to help with investigations as should be the case,” he said in a statement.

“While it is acknowledged that the police will conduct investigations on any matter that they have reasonable cause to, the approach to this must meet the minimum threshold of common decency and respect for individual rights,” he added.

In the new set-up at Nation Centre, Kaikai appears to have been restricted to administrative duties. That is if he survives the raging storm. Indeed, the grapevine had it that he was among those who had been targeted in the recent restructuring.

READ: Kenyans, in love with s*x doll Samantha, hunt for her online