Some 13 days after their car plunged into the Indian Ocean at the Likoni channel, the bodies of mother and daughter and the wreckage have been retrieved.

The remains of Mariam Kighendi and her daughter Amanda Mutheu can now be finally given the last rites of passage.

In the incident that has angered the country over the response and seeming unpreparedness for disasters, the nation’s leadership has been questioned with many accusing the authorities of laxity.

The Toyota ISIS, registration number KCB 289C, had sunk over a week ago after it fell off MV Harambee in unclear circumstances while the public watched on without the ability to help.

To help expedite the recovery exercise, the government had to hire equipment to help them locate the vehicle which was located in a deep part of the channel.

Despite the recovery efforts on Wednesday, the vehicle which had the two bodies could not be retrieved.

Government Spokesman, Cyrus Oguna, blamed ocean currents, channel traffic and scheduled docking of ships for the delay in pulling out the car.

Kighenda’s ill-fated car was the last to board MV Harambee ferry on the fateful Sunday, September 29, 2019.

On Wednesday, hopes of recovering the bodies and the car were rekindled after the wreckage was sighted at the bottom of the channel.

The Kenya Navy had identified 14 spots where they predicted the vehicle could possibly be. They had checked 10 of these spots unsuccessfully before looking for other equipment to help with the search.

Those in the recovery operation have blamed weather challenges in the past week saying the phenomenon have hampered the efforts.

Visibility was also cited as a major challenge along the channel with divers also saying there were hostile sea creatures which slowed the operation.

The Kenya Navy had announced a sighting of an unnatural disturbance in the water following the deployment of the Advanced System Remote Operated Cameras.

The new technology-enabled them to narrow down the search for the bodies to a 300m radius out of the 1.2km radius search area earlier identified. 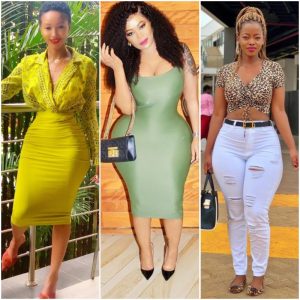