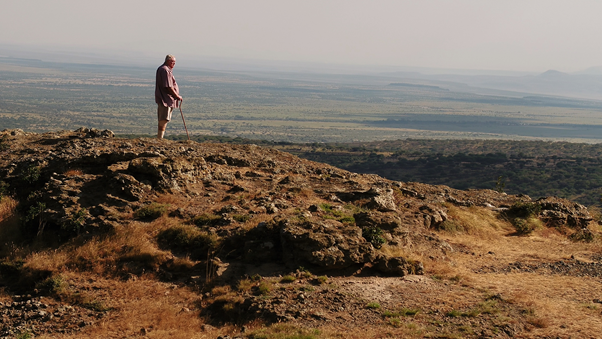 Ngaren: The Museum of Humankind being built in Kenya’s Rift Valley, a region synonymous with human origins, is the culmination of Dr. Leakey’s life’s work –whose fossil discoveries have helped reveal how humans evolved.

The museum will be the first of its kind offering a unique experience, an educational day out and social interaction.

Ngaren will allow visitors to explore human origin and evolution from a scientific perspective, in the context of the natural processes and serendipitous events that led to the survival of Homo sapiens as the only human species alive today.

The project aims to contribute to the development of Kenya by creating, teaching, and promoting e*******n, science, sustainability, and equality, and attract visitors from near and far bolstering economic development to the region.

The Great Rift Valley is one of Kenya’s top tourism destinations – a “must see” for its breathtaking natural scenery and iconic wildlife, including rhinos, African elephants, and the world’s greatest concentration of flamingoes in Lake Nakuru.

The valley is also the location of some of the most important paleo-anthropological discoveries ever made and the Leakey family, known for their unprecedented discoveries of hominin remains, has spent decades uncovering evidence of the mysteries of human evolution in East Africa and the Rift Valley.

The Rift Valley is therefore the perfect environment to represent the evolution of humankind in a brand-new museum built to celebrate the African origins of all humanity.

Already, Dr. Leakey’s life’s work has contributed greatly to the improvement of the environment and sparked a worldwide movement to end the ivory trade.

Today, Richard who followed in his parents Mary and Louis Leakey’s footsteps studying human evolution, remains as passionate about humanity, as he is about evolution, all life on earth, and biodiversity.

With the development of Ngaren, at the age of 75, the Kenyan conservationist and paleoanthropologist is still full of dreams and hope for humanity’s future.

But he is also worried: “We somehow think that we as humans are a special creation, that the rules that conservationists are worried about don’t apply to us. But they apply to us just as much, if not more, than to anything else that is living today. We are destroying the bees, their ability to pollinate plants, we are destroying the plants themselves by raising temperatures so they cannot produce nutritious food, we are pouring carbon-dioxides into the oceans, making the oceans acidic until their whole food chain is collapsing,” says Dr. Leakey.

In honor and celebration of his family’s discoveries of fossils and early hominins, and as a call to action to all of us who share this planet we call home, Richard has commissioned the establishment of the iconic museum that will be built on a piece of land he and his wife Maeve donated.

Ngaren, Leakey explained, “represents a celebration of the beginning of all humanity; of life and its amazing biodiversity. It is dedicated to educating humankind on our shared past, and tells the story of our common ancestry, our epic journey of evolution”.

The state-of-the-art museum’s masterplan is being developed in collaboration with Naturalis Biodiversity Center | Museum and Research.

Ngaren will have the only all-digital Planetarium in Africa and will be the only African museum to display real-size African dinosaurs.

Using innovative technologies and museology, interactive exhibits and educational experiences are being designed for visitors of all ages, to teach and promote science, critical thinking, and imagination.

Ngaren will bring visitors face-to-face with real life issues, our human impacts on the climate and planet, as well as help us to understand our obligations in sustaining it.

As everywhere else in the world, the social and economic impacts of the Covid-19 p******c in Kenya have been devastating.

The travel and tourism industry have s******d a huge b**w as countries locked down, airlines grounded, hotels closed, and stringent travel restrictions enacted.

At the end of 2019, international visitor arrivals to Kenya remained above two million, with a 1.167% increase from 2018.

However, available data shows an average reduction of above 50% in 2020, translating into a loss of over 65 million international arrivals as the p******c continues to sting.

Despite the challenges, the Ministry of Tourism in Kenya is focused on a post-Covid strategy, that will ensure a shorter recovery period for the industry.

Besides strengthening domestic and regional tourism to re-rebuild tourists’ confidence, the ministry has further proposed “strong mutually beneficial partnerships that will drive sustainable value, growth, and impact for destination Kenya”.

Ngaren, whose groundbreaking is expected to be in 2022 and opening in 2026, is expected to help stabilize Kenya’s tourism by attracting visitors to the Ngaren campus which will house the Ngaren museum, partner institutions, a restaurant, conference rooms, and a small amphitheater to host venues of different sorts – social, business, and family gatherings.

With plans to welcome a million visitors, both international and domestic, every year, the ripple effect will be highly impactful to related industries including travel, hospitality and MICE (Meetings, Incentives, Conferences and Events).

The Ngaren Museumwill be a top historic educational site for institutions both in Kenya and abroad.

The project is expected to create thousands of jobs and place Kenya in the global map as a preferred museum and paleo-tourism destination, a sector that remains largely untapped in the region.

In addition, the East African Museum of Art (Nairobi) [EAMAN]  has announced that it will join the Ngaren Museum on the Ngaren campus in the Rift Valley.

When built, EAMAN will be the first museum telling the story of Eastern African art from the dawn of human civilization to our times in a rich, contextualized, and innovative way.  It will be a world class cultural institution dedicated to the collection, preservation, study, and sharing of the most outstanding manifestations of Eastern African art.

Through first rate curatorial and scholarly work, EAMAN will strive to be the global leader in nurturing and promoting the understanding of and appreciation for Eastern African art.

Collections and exhibitions of EAMAN will be made widely accessible to people of Africa as well as to visitors, students, and scholars from every part of the world – both physically and digitally.

The Ngaren Museum has been described as “lieu de memoire”, meaning a site of memory.

Through a series of interactive, cutting-edge exhibition spaces, Ngaren will unravel the mysteries of our beginnings.

“It is not just another museum, but a call to action,” says Dr. Richard Leakey, the museum’s founder ” As we peer back through the fossil record, through layer upon layer of long-extinct species, many of which thrived far longer than the human species is ever likely to do, we are reminded of our mortality as a species”.

The museum is scheduled to open in 2026.