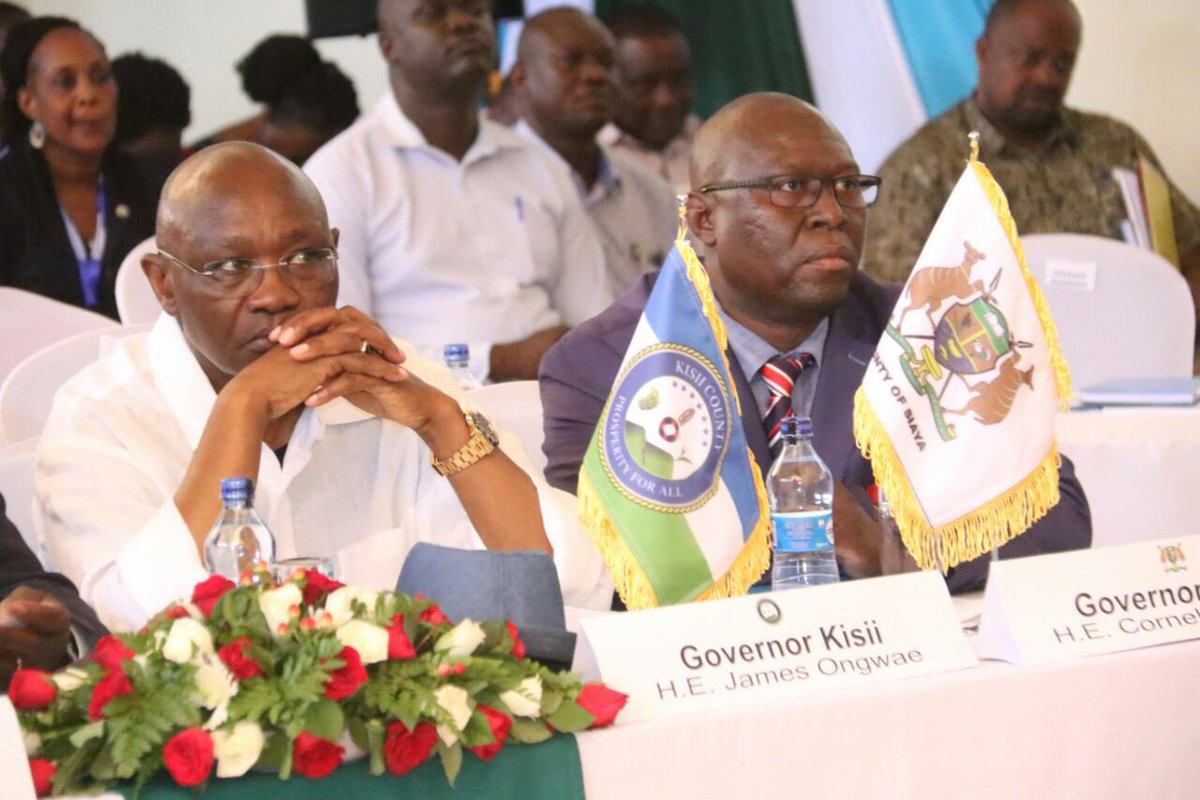 House leaderships from counties forming the Lake Region Economic Bloc (LREB) have been challenged to fast-track adoption and ratification of a legal framework that has been holding back the development plan for the 14 counties.

Kisii Governor James Ongwae and Kakamega’s Wyclife Oparanya on Friday appealed to speakers and members of the 14 county assemblies in the LREB to take the initiative seriously as a way of transforming their counties. The pending institutionalisation of the economic block had delayed administration of the three-year-old arrangement which the governors reinforced further during the late last month devolution conference in Kakamega.

The leaders, who addressed an LREB meeting in Kisumu, asked county assemblies to support the pact that had been delayed since conception in 2015 over lack of guiding laws that have since been put in place and are awaiting approval by respective county assemblies.

“We need to come together because this way we can develop and change the lives of the more than 14 million people in the region by sharing our resources. In Kisii, we had put aside Ksh 200 million in 2015 for the development of the agreed bank for the economic block but I had to take back the money at the closure of the financial year because we realised we had run much ahead of the other member counties,” said Ongwae.

Ongwae, who chairs the health pillar for the block, said the county spent at least Ksh 10 million during a health conference held in Kisii during which experts led the developing of a policy framework that would guide the institutionalization of the regions healthcare sector.

He assured the counties of his commitment to support healthcare provision for the region announcing that a cancer centre is set to be built in Kisii ahead of that planned by the Kakamega county government.

“We are putting up a cancer center and over Ksh 2 billion from the Arab Bank for International Development and we will break ground for the ultramodern cancer diagnostic and treatment center in the next two months,” stated Ongwae.

The lake region has 27,000 annual known cancer cases which Governor Ongwae warns could be more than double the number as many cases remain unattended and untreated as many people cannot afford medical procedures.

“Let us not keep crying about support from the national government, we should for instance benefit greatly from having our own bank and as county governments when under financial strain we can have a framework on how our own financial institution can support us,” added Ongwae.

Oparanya said the establishment of the bank as agreed in 2016 as inevitable. Lack of operational guidelines had delayed the establishment of the bank. A legal context for the block’s operations had been developed and signed by the member county governors on March 26, 2018 urging the county assemblies to unanimously adopt and ratify the legal documents.

He stated that the idea was conceived with an aim of taking advantage of of all available resources and leverage on economies of scale to change lives through a plan drawn by the 14 counties. Ksh 18 Million had been availed to the LREB to institute its secretariat to enable implementation of the economic blueprint.

“Our region is the most densely populated with quarter of the Kenyan population. We have identified three sectors and projects as putting up a major agricultural research Centre in Busia and proposed bringing into use modern irrigation practices that would curb flooding of River Nzoia, Yala and Nyando in the next two years,” stated Oparanya.

READ: SOCIAL SCIENTIST WHO IS SLAYING IT IN FASHION