An audit report discovered that the county was paying workers whose work could not be justified. Photo/ The gazette weekly

The County Government of Laikipia has fired 176 workers over what it has termed as a reduction of costs.

The axed workers are part of 3,179 workers drawn from 32 of the country’s ethnic communities. The county spends Sh190.8 million on salaries per month.

In a statement released on Wednesday, acting County Secretary Karanja Njora said that the County’s top leadership risked being jailed for failing to comply with the Public Finance Management Act 2012 which stipulates a wage bill ceiling of 35%. Before the retrenchment, the county’s wage bill stood at 58%

According to the statement, the affected people were receiving salaries but there was no way of justifying what they do. During the audit, the staff was required to present themselves physically to the board carrying their academic papers. Some of the fired employees did not even show up for the audit.

“To this effect, the board has identified 176 employees whose positions will no longer be tenable; employees occupying them are not gainfully engaged,” Njora said.

“The process of identifying these employees was conducted in accordance to the law, the principle of fairness and in a humane manner. The [affected] staff will be trained, counselled and given a good send-off package to facilitate them to begin a new life,” he added.

Njora also said that the County Public Service Board had issued a general redundancy notice to all staff, labour office and labour unions on January 8, 2020. CPSB then conducted a staff audit exercise in Nanyuki, Rumuruti, Nyahururu and Doldol towns between June 24 and August 17 last year.

The audit report revealed that 254 workers did not have any academic papers. Out of this number, the Water Department had 150 workers while the Health and Administration departments followed with 49 and 31 representations respectively.

The departments of Infrastructure, Trade, and Agriculture had two, three and five workers aged between 20 and 24 years.

After the audit report was launched, Laikipia Governor Ndiritu Muriithi said that it (the report) will show who was working and who was not. Speaking last month after the report was released, Muriithi promised to send home both ghost and idle workers in the county government.

“It is our wish to pay our workers properly through promotions. But the main problem is that we have a huge number of staff. Let us try to achieve more savings and channel it towards development,” Muriithi said.

The county has 1,167 casual workers and 1,593 staff hired on permanent and pensionable terms. Mr Muriithi said the Executive and County Assembly were keen on tracking down ghost workers.

The county government has been streamlining its operations through an integrated county management system where staff fills weekly timesheets of their work based on approved work plans.

Last year, the governor sacked 62 doctors who had gone on a three-week strike. 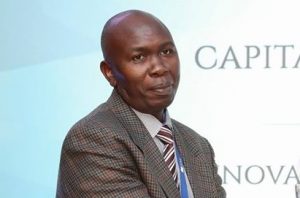