Kenya National women’s volleyball team have qualified for the World Cup slated for September 14 to 29 by virtue of being ranked second in Africa by the Federation of International Volleyball (FIVB).

Kenya is ranked 20 globally while their new African rivals Cameroon are ranked 17th in the World and first in the continent. Malkia Strikers will compete against hosts Japan, Cameroon, Serbia, China, Korea, Russia, Netherlands, USA, Dominican Republic, Brazil, and Argentina.

The event, however, will not pose as a qualifier for the Tokyo 2020 Olympics as it was the case in 2015 when the top two teams automatically booked a ticket to the Rio 2016 Olympics. In 2015, Malkia won two matches against their African counterparts Algeria and Peru in the last edition and were ranked 10th in 12-member team. They will be hoping to better their performance this year.

Despite a relatively poor performance in the last edition, individuals in the Malkia team were feted for their good performance. Team captain Mercy Moim was ranked among the best 10 best scorers, placing sixth while experienced middle blocker Brackcides Agala emerged number five in the best receiver category. Ruth Jepng’etich was ranked ninth in the blocking department.

Kenya Volleyball Federation (KVF) chairman Waithaka Kioni was happy to receive the news but noted that they have a very busy calendar this year.

“It’s a good feeling that we have been drafted to participate in the World Cup and our ranking played a part to that. We have so many events among them the All Africa Games, Olympic Qualifier, Africa Cup of Nations and the Africa Club Championships,” Kioni was quoted by the Star as saying.

“We are glad that by the time the national duties will swing in action, we would have gotten the FIVB Italian attached coach Shailene Ramdoo and I want to believe by then, we will have learned a lot from him. The coach will be in the country in May for three months and FIVB are paying his allowance but we will cater for his well being,” he added. 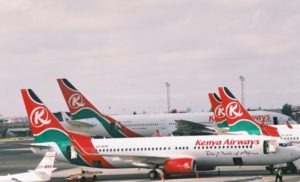