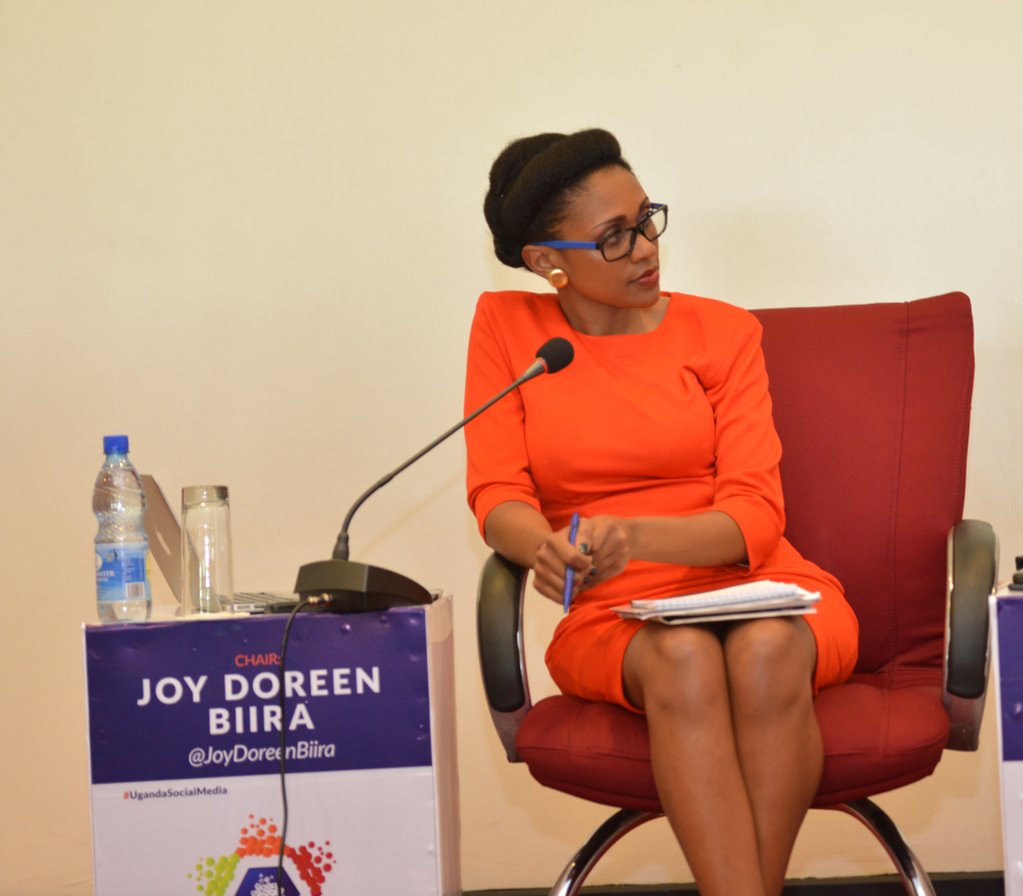 Ugandan journalist Joy Doreen Biira has picked up a job offer as the Advisor, Strategic Communications, at Kenya’s ministry of Mining, ending her five-year career at KTN as a reporter and news anchor. She is reported to have made a low-key exit towards the end of last year.

Joy Doreen began her career in her home country, Uganda, as an intern at NBS television where she landed her first job before moving to Kenya where she started working as host for a Capital FM weekend show in 2008. She later joined Standard Media Group in January 2012 as a news anchor and reporter with KTN. She recently signed out as business news anchor and the Eco Africa program’s presenter.

Joy Doreen,  who holds a degree in BSc. information technology from Makerere University, has since moved officially to the United Nations Development Programme (UNDP)/ UK Department for International Development (DFID) extractives advisory unit at the Mining ministry where she is in charge of communications.

Apart from working at KTN, Joy Doreen was also the East African correspondent for Deutsche-Welle(DW), a role she took over from another former KTN anchor Edith Kimani in January last year after the latter landed a new position as a news anchor at DW headquarters in Berlin, Germany.

In November 2016, her journalism bug saw  her arrested alongside her fiancé and three other relatives for taking photos of mass killings in Kasese, her home area where she had been for her traditional wedding. She was later released following public outcry.

She was also in the news when a KTN editor Aaron Obudho Ochieng found himself in trouble for stealing her Ksh2.8 million Mercedez Benz from the car park at the Standard Group head office along Mombasa Road. He later formally apologised to avoid being jailed.

Biira has in the last few days been tweeting on issues relating to mining, raising eye brows among keen media watchers before news about her latest job was confirmed. She is the latest in a growing number of journalists quitting the media for jobs in public relations and communications, perhaps, as a result of better pay offers.

The media industry has also become unpredictable in recent times, undermining job stability, a development that could be contributing to the near-mass exodus in such of better working environments.