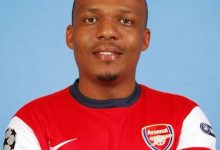 Police brutality seems to be escalating at a time when political temperatures are heightening in the country, as Kenyans wait for the final results of the controversial elections conducted on October 26.

However, despite the complaints by the public, the media fraternity seems to be hiding something. Today while covering the protests in Migori county KTN journalist and political editor Ben Kitili and his cameraman received their fair share of the police brutality, if not controlled coverage.

In a live coverage of the police-demonstrators running battles, Kitili’s cameraman who focused on a man being brutalised by two policemen panned back to an activity where members of the public where involuntarily removing barricades on the road under the watch of police officers. The man was probably being forced to join others in clearing the Awendo-Sirare road that had been barricaded by the demonstrators.

Not aware that he was on air, the cameraman who was probably under a close watch was heard pleading with a certain officer not to beat him again. “Usinipige tena (Do not beat me up again),” he said.

In response, the officer who was ‘directing’ the coverage said, “Naweza sema utolewe hapa saa hii. Endelea kufanya hiyo unafanya, we hujui. (I can order your exit right now. Continue whatever you are doing, you don’t know (sic)).”  Later, the cameraman is heard complaining that somebody has been injured, but the presence of a certain police officer could not allow him to cover the victim live on camera. Seemingly, the journalists were supposed to cover only events allowed by the officers.

Later, after things cooled down the cameraman was able to show the man live on air, but he was writhing in pain. Kitili reported that the man had been brutalised right in front of their own eyes. Despite being live on air, the journalists never covered the brutality. This time, the man could not stand up on his own and he was being helped by another Standard Group journalist to stand up.

Most journalist covering chaotic incidences have ended up being brutalized by the police, a good example being KTN journalists Duncan Khaemba and Willis Otieno who were taken into police custody for being in possession of bullet proof gear without a permit while covering demos in Nairobi after the announcement of results of the August 8 presidential election.

The two, who were covering protests in Kibra, were taken for questioning at Kilimani police station but were later released after the Standard Group confirmed that the gear in question was dully licensed.

Security officers seeking to control Nasa street protests especially in the Raila Odinga stronghold of Kisumu have indicated they have no regard for journalists. Early this month, a Citizen TV journalist was injured in the lakeside city during a confrontation between police and NASA supporters who had defied a protest ban imposed by Interior Cabinet Secretary Fred Matiang’i.

In Nairobi, journalists Fredrick Onyango and Enos Teche were clobbered outside Parliament Buildings. Onyango produced his press accreditation cards but it only made matters worse for him, thanks to his ethnicity. The officer allegedly told him he is one of those “troubling the country.”

“I said it today is a bad day for journalist my colleague Enos Teche and I clobbered outside Parliament they arrested me and went ahead seeking my press card when I showed it he looks at my name and says si ndio tunasumbua Nchi. His photos coming shortly,” he wrote on his Facebook page.

Earlier this month, five journalists were harassed, beaten and injured by police in Kisumu while covering the anti-IEBC demos. About 20 officers from the General Service Unit mobbed Rashid Ronald of KTN and Faith Matete of the Star near Kisumu Boys High School.

The officers clobbered Mr Ronald, injuring him on the leg. While beating him, they said Kisumu journalists were not any special than protesters on the street. The officers then lobbed teargas canisters at NTV’s Ouko Okusa, his cameraperson Doreen Magak and Daily Nation reporter Rushdie Oudia.