The Kenya Revenue Authority (KRA) has announced the appointment of two new commissioners and a deputy commissioner to lead critical functions.

Alongside the two Commissioners, Mr Phares Kamau Chege has also been appointed as the Deputy Commissioner, Internal Audit as part of the appointments which take immediate effect.

Commissioner General Githii Mburu confirmed that the three had been picked following a competitive selection process by the KRA Board.

Their entry is expected to enhance tax compliance and collection as they are expected to seal loopholes in the system.

“The three gentlemen bring to KRA a wealth of experience and unrivalled academic credentials which will propel this Authority to the next level as a trailblazer in public service delivery and as an institution firmly focused on delivering on its mandate and mission,” Mburu said.

“At KRA, we are focused on building trust through facilitation so as to foster compliance with the existing tax and customs legislation and we have moved to align our Human Capital with the ideals actively.”

The new KRA Commissioner for Intelligence & Strategic Operations (ISO), Dr Saidimu, joined KRA in 2005 and has served in various roles in the Investigation & Enforcement and ISO Departments. He has been instrumental in the development and implementation of multiple frameworks, policies and strategies relating to investigation and intelligence functions.

Joining KRA as the Commissioner, Corporate Support Services, Dr Wachira Kinuu enjoys a wealth of experience gained both locally and internationally from the private sector for more than 19 years.

His immediate posting was at Safaricom PLC, where he worked for more than seven years in various capacities including Head, Human Resources Shared Services and Senior Manager, Facilities, Health & Safety.

He has also worked at different managerial roles at Kenya Shell Ltd and Oil Libya Kenya and Mozambique among other companies.

He has previously served as the Head, Internal Audit and Risk Management at Higher Education Loans Board (HELB) besides working in auditing/risk consulting roles at several companies including KPMG, Kenya National Highways Authority (KENHA) and Kenya National Audit Office among others.

Mr Kamau holds a Masters degree in Business Administration, Accounting Option and Bachelor of Arts degree in Economics both from the University of Nairobi. He is a Certified Public Accountant of Kenya (CPA-K), Operational Risk Practitioner (CORP), Internal Audit Quality Assessor and Information Systems Auditor (CISA). He is also certified in Risk and Information Systems Controls (CORP).

Next Read >> The Leading Consumers of Junk Food in Nairobi are ….. 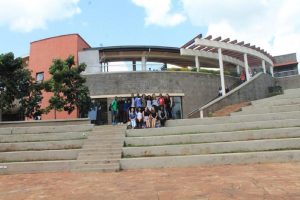