Two people wearing a protective mask arrive at the Vienna International Airport (VIC) in Schwechat, Austria,19 March 2020. EU is planning to lock out Kenyans once it opens its borders. {Photo: New Europe}

EU is planning to open its borders only to 15 countries within its shores on condition that the 15 nations have equal or lower COVID-19 infection rates than the EU, this means that even the United States will be blocked due to the prevalence of the disease in the country.

CNN on Tuesday reported that diplomats had been given until Tuesday lunchtime to agree on the countries whose citizens will be allowed within EU borders. As part of the proposed agreement, only countries that reciprocate the gesture will have the privilege of having their citizens travel to the 27 EU member states.

Interestingly China, where the virus originated from is one of the 15 countries on the list alongside Algeria, Australia, Canada, Georgia, Japan, Montenegro, Morocco, New Zealand, Rwanda, Serbia, South Korea, Thailand, Tunisia, Uruguay.

This comes even as President Uhuru Kenyatta plans to order the resumption of local flights and calculated return of international flights.

Border control is ultimately decided by each member state rather than at an EU level in Brussels but EU officials hope that having the recommendations in place means the member states will reopen their borders in tandem.

EU borders were closed in March after the bloc saw its COVID-19 infection rates grow exponentially.

By Tuesday, Kenya had reported a total of 6,366 cases after 176 more people test positive from 2,419 samples tested in the last 24 hours leading to the communication by the Ministry of Health.

The diplomats said it was “highly unlikely” that the framework would be changed any time soon, which would mean a dramatic turnaround is required in the US’ infection rate if it’s to be considered in any future decision.

The EU is expected to review the decision every two weeks.

Member states are expected to approve the list and the guidelines by qualified majority on Tuesday, rather than by a unanimous decision.

A qualified majority requires that 15 of the 27 member states vote in favour.

The guidelines are expected to be opaque and open to interpretation in some areas, as at least three member states expressed reluctance to open borders at all, the diplomats said.

EU officials have been quick to point out that decisions on who can and cannot enter the bloc are not political, but based on science that allows member states to keep their citizens safe.

Those officials are nevertheless bracing for the reaction of US President Donald Trump, who has previously said very critical things about the EU and might see the decision as politically motivated. 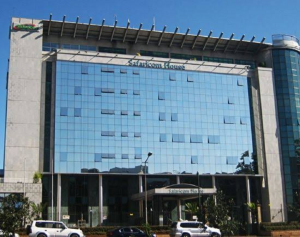