Two Kenyan-based seed companies feature among the top 10 in this year’s Access to Seeds Index which ranks Eastern and Southern African companies based on their efforts to improve access to quality seeds of improved varieties to smallholder farmers.

East African Seed, a Kenyan company and Seed Co, a regional seed manufacturer with operations across Eastern Africa rank at position one and two garnering scores of 2.87 and 2.85 respectively for their concerted efforts in raising smallholder farmers’ productivity.

Seed Co, originally from Zimbabwe but now headquartered in South Africa ranks nine places higher than in the 2016 index, is the African seed company with the most extensive breeding, production and sales network, and the widest geographic reach in agronomic training.

The Kenya Seed Company ranks at position 14 out of the 22 listed companies and is ranked favourably due to its research and development and marketing and sales capacity. The 2019 Index gives more weight to the extent of company activities in the region

Kenya Highland Seed features at position 16 with marketing and sales, capacity building and governance and strategy listed as its strengths. 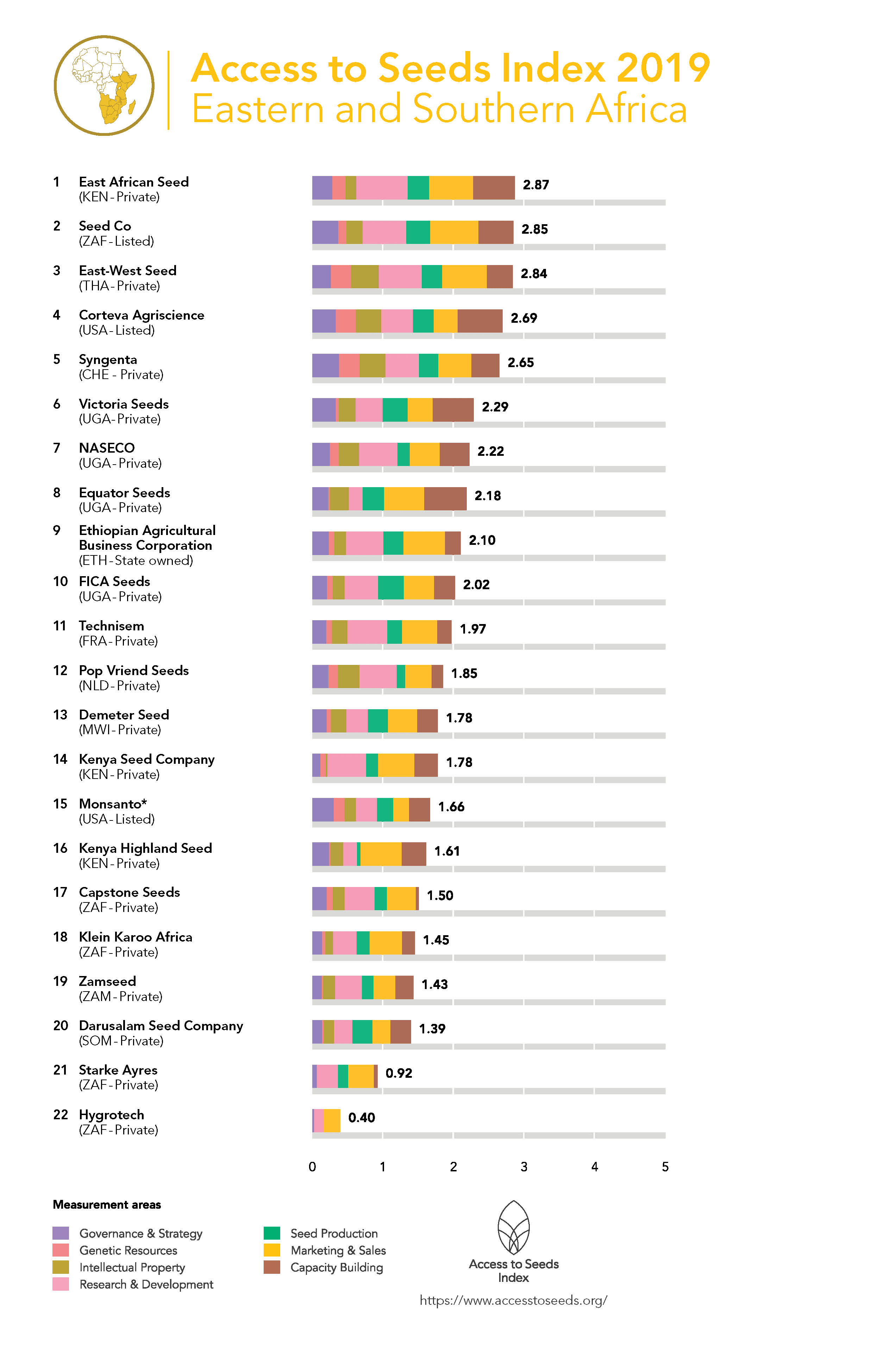