Queen Elizabeth knights sportsman Mo Farah in one of the British monarchy traditions. Questions abound over claims that Charles Njonjo was knighted. [Photo/ITV]

A lot of talk has gone around regarding how Queen Elizabeth honours men making them knights but it remains as mysterious an honour as the one bestowing it.

Sir William Conrad Reeves, a nineteenth-century lawyer and academic from Barbados was the first black man to be knighted by Queen Victoria earning him a place in the British sovereignty.

Many others have been honoured after Reeves through the British Honours System.

The centuries-old structure rewards outstanding individual achievement in service to the United Kingdom. It was established by the British monarchy and it has male and female recipients.

Honoured men are referred to as “Sir” and the women are “Dame”.

The knighting is done twice a year on New Year’s Day (known as the New Year Honours List) and on the Queen’s birthday.

During the special ceremony called an investiture where knighting individuals is done, the awards under the category of Companion of Honour, Knight or Dame, CBE, OBE, MBE and BEM.

In Kenya, the government has similar awards with the latest people being recognised raising eyebrows including ‘Githeri Man’.

But there has been a lot of misunderstanding when it comes to the Kenyan allegedly knighted not by the queen but for his admiration of everything British including their culture.

Unbeknownst to many, Charles Njonjo is not a knight and has never been one- at least going by the official British monarchy tradition.

Njonjo gained the moniker ‘Sir’ due to his privilege as a government official and being the progeny of colonial collaborators of British rule in Kenya.

The man who is almost a century old is known for his taste and the pinstriped suits tailored in London.

Being the son of a collaborator, Njonjo was far removed from the struggles of Kenyans and he as well have been white. His hatred for his kind was to the extent that he could not find a suitable African girl to marry including those from royalty since he served during the Jomo Kenyatta era.

Njonjo had a pampered lifestyle such that he could describe his rides to school on a horse delivered by a servant. At the time, Africans were under a sustained assault by the colonial government.

After college in the UK, Njonjo diligently served the oppressive government despite the horrendous atrocities it was meting against Kenyans.

Due to his reputation as a ‘diligent lawyer’, he became the Attorney General in independent Kenya.

Njonjo had immense power and with this, he turned a blind eye to the government’s policy on dispossessing Kenyans by White colonialists.

During an interview five years ago, Njonjo who is among the wealthiest Kenyans today said that he was missing the power ‘to do good’. Tears!

Anyway, he may have been feeling the pain of being left out of motorcades and could only reminisce of the good old days when he walked Kenya like a colossus.

Njonjo was the Attorney General for more than 15 years so missing the power could only betray what he was feeling.

As a Member of Parliament for Kikuyu Constituency and the minister for Constitutional Affairs in Daniel Arap Moi’s government, Njonjo’s ‘hawkish’ politics have lost steam probably leaving a bitter taste in his mouth as he spends his twilight years. 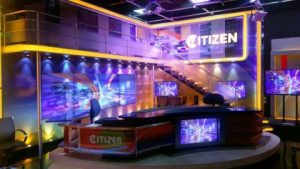