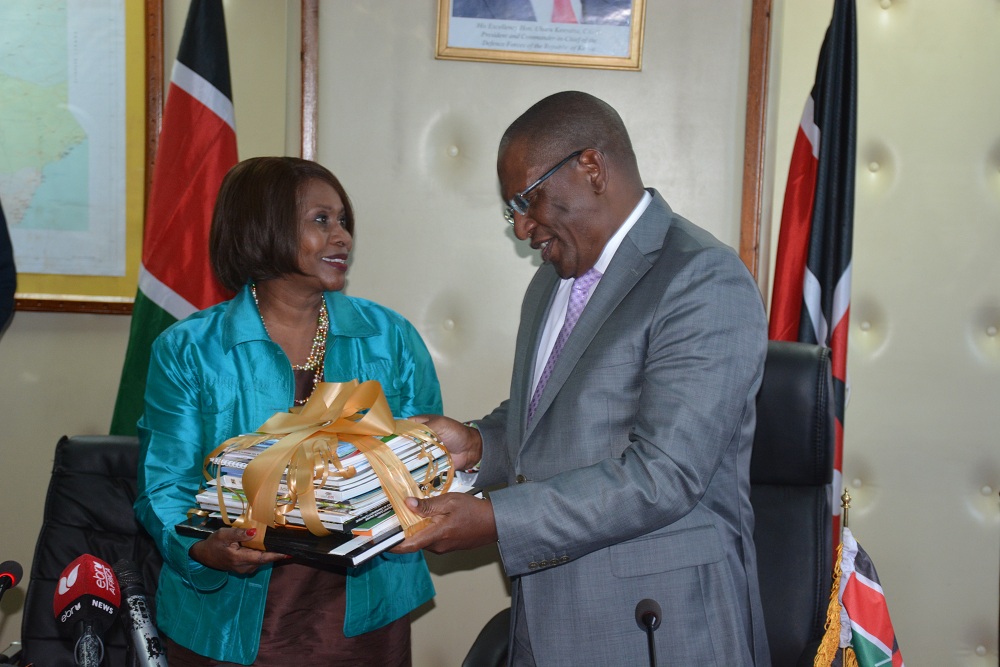 Kenya plans to reform its laws in order to enhance biodiversity conservation and sustainable utilization of national resources, a government official said on Tuesday.

Keriako Tobiko, Cabinet Secretary in the ministry of Environment, said in a statement published in the Daily Nation that the country’s efforts to conserve biodiversity have not matched increasing evidence of biodiversity loss.

The ministry of Environment has formulated and reviewed laws and regulations to implement the provisions of the constitution as well as the objectives of the Convention on Biological Diversity, Tobiko said.

“The new legislative frameworks are geared to enhance biodiversity conservation and sustainable utilization of our national resources,” Tobiko said in remarks marking the International Day for Biological Diversity.

He said the day is important to international, regional, national and local communities, as it creates public awareness on the link between biodiversity and sustainable development.

“It therefore provides an opportunity for Kenya to communicate to the world the importance of biodiversity, its conservation and sustainable use of its components, and the equitable sharing of benefits by the uses of genetic resources,” Tobiko said.

He said the key challenges impeding Kenya’s progress in sustainable use of biodiversity includes poaching, i*****l trade in wildlife and timber products, human-wildlife conflicts, encroachment of habitats, pollution, as well as poor disposal of waste.

According to the ministry of environment, Kenya is abundantly endowed with biodiversity, and this has direct and indirect benefits to livelihood support systems of local communities and Kenya’s socio-economic development.

Tobiko added that biodiversity also plays a major role in climate change adaption through the provision of a variety of genetic materials that can be used to develop crops that can cope with extreme climatic conditions and mitigation through carbon sequestration by the different ecosystems.

Charles Sunkuli, Principal Secretary in the ministry of Environment, said Kenya has made considerable progress in implementing the Nagoya Protocol on access to genetic resources, which was adopted by the Conference of the Parties to the Convention on Biological Diversity.

Dorington Ogoyi, CEO of National Biosafety Authority, said that Kenya is currently domesticating the provisions of the Cartagena Protocol on Biosafety that is a party to the Convention on Biological Diversity.

Kenya signed the Cartagena Protocol in 2000 and ratified it in 2002, Ogoyi said.

He said Kenya’s 2009 Biosafety Act was meant to domesticate the provisions of the Cartagena Protocol.

“The country has further developed four regulations to implement the biosafety laws and has submitted three national reports on the Implementation of Cartagena Protocol on Biosafety to the Biosafety Clearing House,” Ogoyi said.

He noted that the lack of a state-of-the-art molecular laboratory for detection and testing of g******************d organisms poses a challenge to the full implementation of the Cartagena Protocol.