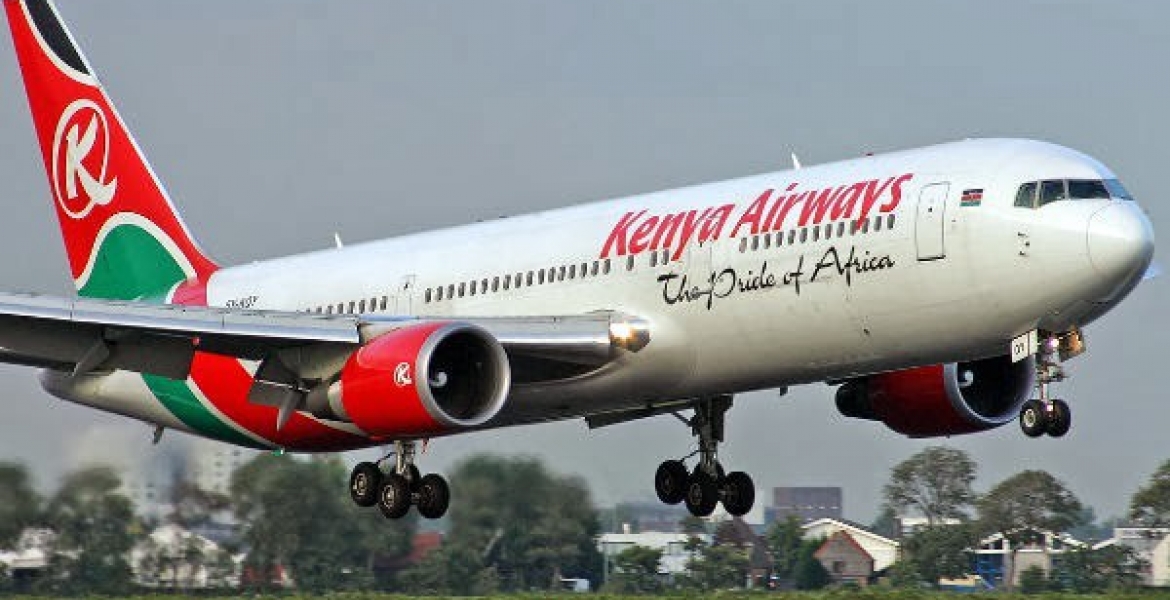 A Kenya Airways (KQ) plane. The government has refused to commit to a Ksh7 billion State bailout plan.

National carrier Kenya Airways will have to look for alternative means to stay afloat after the government on Tuesday refused to commit to a Ksh7 billion state bailout requested by the airline to salvage it from possible collapse.

Treasury Cabinet Secretary Ukur Yatani stressed that the government will stick to its nationalisation plan as the best way to lift the loss-making airline out of the red.

According to Yatani, the state bailout plan fronted by the airline’s bosses is a short term fix that will not yield fruit as KQ’s woes go deeper than the Coronavirus pandemic.

KQ’s planes were grounded on March 22 leaving only a few planes for its cargo business which according to Chief Executive Allan Kilavuka is not enough to keep the company out of the red.

Yatani said that the government’s detailed plan to shift Kenya Airways to a nationalised outfit will be unveiled in the coming weeks setting the stage for a variety of opinions on whether “The Pride of Africa” will finally emerge from its loss-making streak.

In July last year, MPs approved a nationalization plan that will see all air transport companies run by a single holding company, that will see KQ, Kenya Airports Authority and Jomo Kenyatta International Airport (JKIA) become triplet subsidiaries in a plan where the profitable subsidiary in this case KAA will offset KQ’s huge losses.

Founded in 1977 as a government-owned entity following the collapse of the East Africa Community, KQ was the first African Airline to be privatized in 1996.

Since its founding and prior to its privatization, KQ had accumulated massive financial losses and crippling debts resulting from government-backed loans issued by financial institutions.

The financial losses implied a drain to the exchequer as the government was subsidizing KQ to remain afloat. .

The airline recorded a 61% growth in flights in a period of 6 years after its privatization and a doubling of cargo and passenger traffic in a decade.

The privatization had a twofold benefit to the exchequer; reduced budgetary support, and tax inflows.  Privatization implied that the management was supervised by the shareholders and resulted in management focus on enhancing KQ financial efficiency.

However the efficiency was shortlived after mismanagement over different regimes reversed the company’s fortunes for the worst.