The banned cosmetics are said to pose a health risk to those using it. Photo/ Nazhat Khan - DesiBlitz

The Kenya Bureau of Standards (KEBS) and the Kenya Police on Thursday carried out an operation to net banned cosmetics in one of the key supply centres in Nairobi.

The products are famous with Nairobi’s young and trendy girls who could do anything to look a little more beautiful. The multiagency team comprising of KEBS and Kenya Police was specifically focusing on banned skin lightening creams and gels in the raid.

These creams have been found to contain Hydroquinone, Mercury, Steroids or Hydrogen Peroxide. On Thursday, the multiagency team was at the Nairobi’s Eastleigh area which is the most notorious one with these cosmetics.

Some of the health impacts of using banned cosmetics are cancer, endocrine disorders, which affect the production of hormones in the body. Further, developmental delays, and neurological problems, among others.

According to the KEBS Managing Director Col. (Rtd) Bernard Njiraini, the market surveillance team had been working with some traders and members of the public to keep monitoring the sale of sub standard’s products and those that do not have the standard mark to ensure contrabands are eliminated in the country.

“We are working together with security agencies to be able to seal the porous borders and still have a discussion with KRA on stringent measures to have a common standard mark to signify traders pay taxes for these products too,” said the MD.

Some of the health impacts of using banned cosmetics are cancer, endocrine disorders, which affect the production of hormones in the body. Further, developmental delays, and neurological problems, among others.

Most of the products did not have the important standardization mark and are contrabands. The members of the country were urged to volunteer such information and educate the people on the effects of using those chemicals through the sale of cosmetics.

With recently launched Wajibika na KEBS Campaign that urges the public to work together with the Standards body KEBS and ensure only the products that are of standard and good quality are traded in the market.

Read>> KEBS Now Wants Kenyans to Do Their Job For Them

Here are the skin lightening products that have been banned by KEBS, 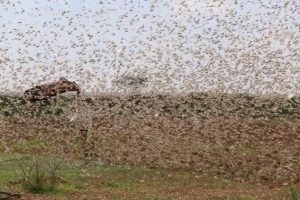