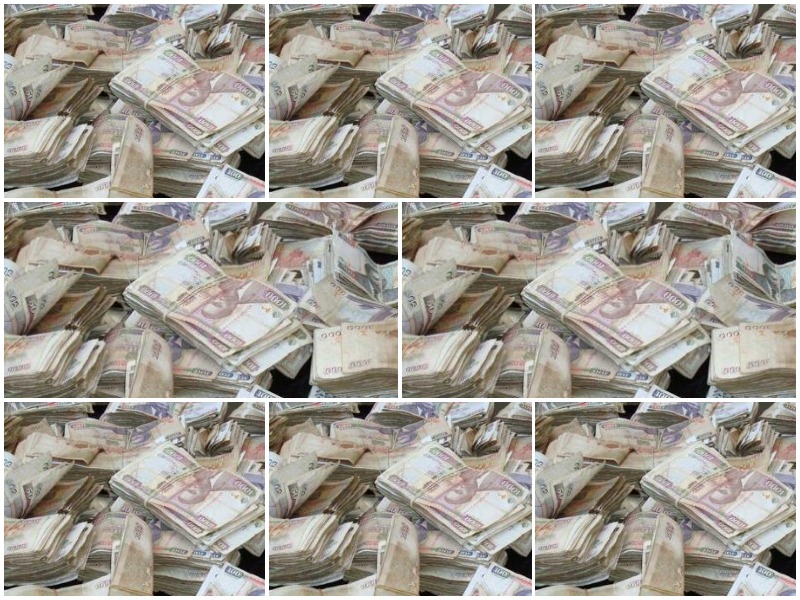 The National Youth Service (NYS) s******s have produced lots of column inches on newspapers, rolling footage on TV screens and unending banter in many a group meeting. What it has however not produced is accountability.

Stories of those associated with the scams fizzle out, and so too does the air of holding those responsible accountable. As anger and rage dwindles with the passing of time, shifty due process measures increase.

Whereas all are considered innocent until proven g****y, it is still astonishing the rarity with which those who have looted billions of money from Kenyans are never traced, or brought to book.

Perhaps then the announcement from Central Bank of Kenya (CBK) on September 12 comes as a welcome relief. CBK said it was fining five banks a total of Ksh392.5 million for handling what was deemed i*****l transactions during the second of the NYS scams.

Kenya’s biggest bank KCB is the biggest loser in this unprecedented action by CBK. The fines issued by CBK relate to the extent of violations that each lender was found culpable of in handling large volumes of transactions related to the NYS s*****l.

Failure in any or all of this criteria is what amounted to a violation and the penalties issued by CBK are in accordance to the extent of violations incurred.

KCB’s total fine is Ksh149.5 million, implying that in CBK’s investigations which “took months”, the country’s biggest lender was found most culpable of the five banks investigated. The fine issued to KCB is Ksh60 million more than what the next largest violator, Equity Bank (Ksh89.5 million) is being penalised. 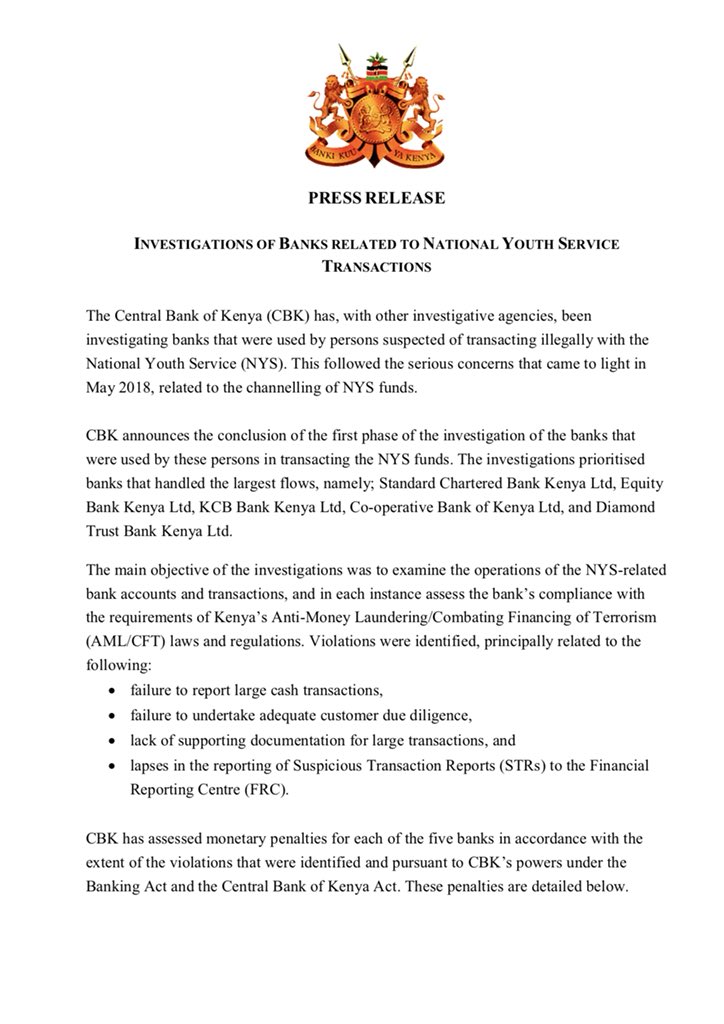 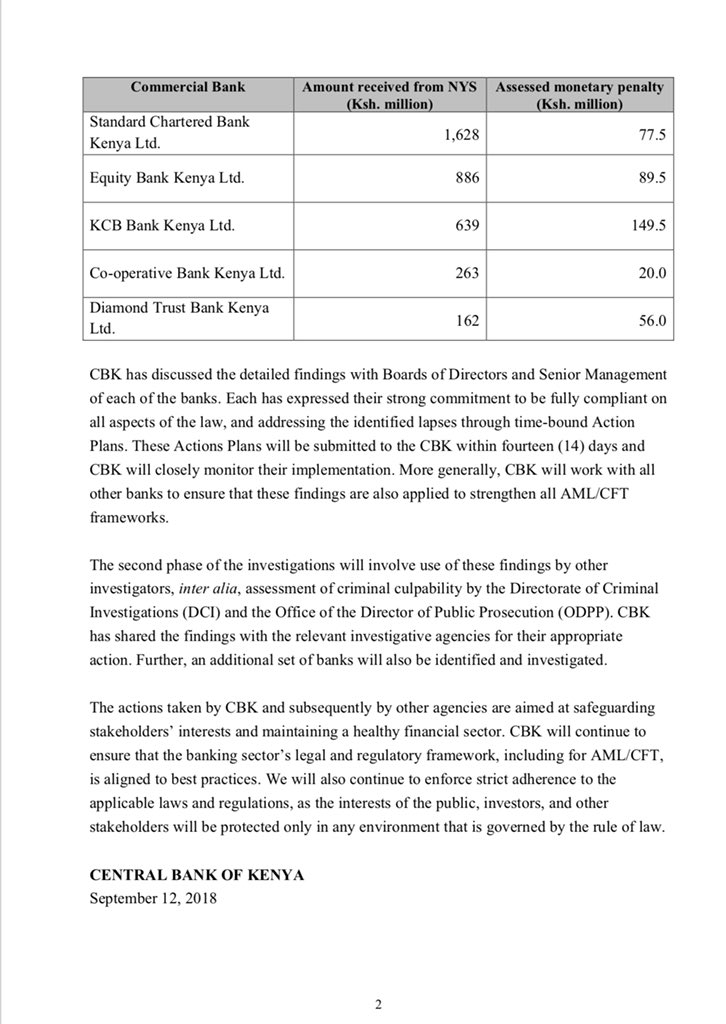 The fine also rises high despite the lender holding the third largest volume of money transacted from the NYS S*****l. At Ksh639 million, KCB is way behind the Ksh1.6 billion that Standard Chartered Bank Kenya Ltd. passed through its vaults. Standard Chartered ended up being fined Ksh77.5 million.

At Ksh56 million and Ksh20million, Diamond Trust Bank and Cooperative Bank round up the top five. In total, the five lenders are being fined Ksh392.5 million after a total of Ksh3.57 billion exchanged hands via these banks.

From the language in a statement from CBK, it seems more is yet to come. A second phase of investigations and implementations is on its way and other banks could still be brought into the loop. Further action could see p*********n of bank officials and employees, with initiatives to establish c******l culpability being taken in conjunction with the Directorate of C******l Investigations (DCI) and the Office of the Director of Public P*********n (ODPP).

For now at least, it seems as if tangible action is being taken. Of course, due process measures mean court proceedings, appeals, complex illegalities and other circumstances peculiar to Kenya may interfere with the banks paying of fines.

Even so, it currently seems as if KCB will be paying Ksh149.5 million. According to the bank’s financial results for 2017, this amount translates to profit earned across three days by the lender. It means the fine may be a minor pinch to the bank. But in the grand scheme of things, it is as of yet the biggest price paid for being associated to the NYS scam.