The Kenya Broadcast Corporation(KBC) has acquired exclusive territorial free-to-air rights for the African Cup of Nations (AFCON) to be staged in Egypt from June 21st to July 19th, confirmed Joseph Mucheru, Cabinet Secretary for Information and Communications (ICT).

Subsidiary Stations including Idhaa ya Taifa and vernacular stations will also broadcast live the event. GoTV and DSTV had confirmed to air all the matches live but the channels are not available to Kenyans who do not use pay television.

The message comes as a sigh of relief to many Kenyans who have not access to pay television channels since KBC will beam the matches on the free to air terrestrial as the country waits to rally support behind national football team Harambee Stars. Stars have been pooled alongside Algeria, Senegal and Tanzania.

The tournament is now followed widely by Kenyans as the national team went against all odds to qualify for the tournament for the first time in 15 years. The team is currently in a training camp in France where they are making their final preparations for the tournament.

“We want to bring something that will create more excitement, the Africa Cup of Nations tournament is set to put Kenya in the continental map giving that the fact Harambee Stars are participating, this is with the full support of the President Uhuru Kenyatta,” Mucheru declared.

“The journey to acquiring the rights has been a long one, it has taken KBC some effort to make this happen and we look forward to supporting them. KBC as a public broadcaster has a mandate to Kenyans and therefore there was need to acquire the rights for public good,” the CS added.

Stars will open their Group C AFCON campaign on Sunday, June 23 against Africa’s top ranked side Algeria before facing neigbours Tanzania four days later then wrap up the preliminary stage with a tough fixture against Sadio Mane’s Senegal July 1.

The Kenyan charges will be steered by skipper Victor Wanyama and prolific striker Michael Olunga who play for England’s Tottenham Hotspurs and Japan’s Kashiwa Reysol respectively. 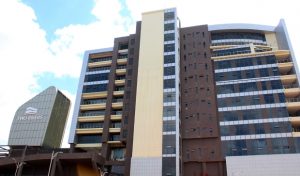