Harambee Stars left for France early on Friday May 31, a day after being flagged off by President Uhuru Kenyatta.

Kenya’s national football team will stage a three week training camp in Europe before heading to Egypt for the Africa Cup of Nations.

Kenya will lock horns with the two nations as well as neighbours Tanzania in Cairo. Taifa Stars are yet to release their final squad for the tournament and so is Kenya.

There has not been many surprises in both Algeria’s and Senegal’s squads as all the names that are likely to cause Harambee Stars problems have been included.

In Senegal’s squad, Crystal Palace midfielder Cheikhou Kouyate has been listed as a defender, a role he can comfortably play. Kouyate will be teaming up with Napoli’s Kalidou Koulibaly to try deny Kenyan strikers from finding the back of the net.

[Read: What coming into force of AfCFTA means for Africa]

Other defenders from the West African nation that Kenya’s star striker Michael Olunga will be facing are Schalke 04’s Salif Sane and FC Barcelona’s Moussa Wague.

The Liverpool star will line up alongside Stade Rennais duo Ismailia Sarr and Mbaye Niang. Everton’s Idrissa Gana Gueye is expected to marshall the midfield for the Lions of Teranga.

The entire Senegal team comprises of Europe based players with a number of them playing for European giants.

Players at top European clubs include Wague who is on the books of Barcelona, Champions League finalist Mane and the defensive rock for both Napoli and the Lions of Teranga, Kalidou Koulibaly.

Algeria on the other hand were sure to include their main man Riyadh Mahrez who is a two time English Premier League champion.

Islam Slimani will partner up with Mahrez in attack for the Desert Foxes, a connection that has also existed at club level as they both used to play together when at Leicester City.

It is however, every Kenyan’s hope that the training camp in France will give the squad enough preparation to face African giants Algeria and Senegal. 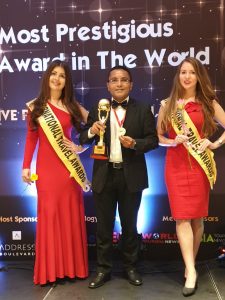