The two are set to join Kiss 100 to replace Adelle Onyango, who quit last Friday.

Kamene announced on her Instagram page that Friday’s show was the last at the Kevin Mulei-owned media house.

A graduate of The University of Nairobi, Kamene Goro, started her career as a prime time news anchor and reporter at Ebru TV.

At Ebru, she also served as the host of Just the Facts, The Weekly Report, and Africa in Brief.

Prior to joining the media, Kamene, who studied law, worked as a paralegal at Simani & Co Advocate from February 2013 to July 2013.

At one point, she caused a sensation when she revealed that she has slept with 27 men.

Kibe, who is known for controversial talk on air, is an internet sensation. He tried to venture into politics by vying for the Lang’ata parliamentary seat ahead of the 2013 General Election.

The loss of Kamene and Kibe, who co-hosted the lively NRG breakfast show alongside DJ Kace, is likely to hit the station hard barely a month after it introduced FunX and Choice Radio to widen its audience reach. 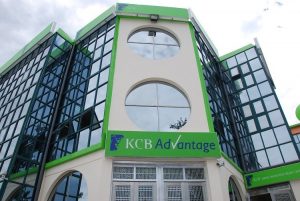