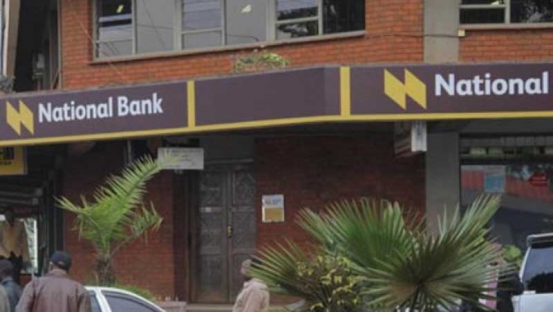 By late September, Kenya Commercial Bank (KCB) and National Bank of Kenya (NBK) hope to announce the completion of the merger between the two banks.

In what is set to become one of the largest lenders in the country, NBK has through a circular to shareholders released a comprehensive calendar of events guiding the merger deal.

The circular is to be used by NBK shareholders during its annual general meeting of June 14 wherein the lender will seek approval of the merger from investors.

Subsequently, NBK wants to set in motion a snowball that will culminate with the lender announcing definitively that it has completed all that is required for the takeover by September 3.

NBK’s circular also reveals that the re-designation of the shares involved in the share-swap deal will be done at the Central Depository System by September 19.

This should pave way for a final joint announcement by the new entity on September 20.

As per the merger, NBK will not be wholly swallowed up by KCB, according to NBK Chairman Mohamed Abdirahman Hassan.

In the circular to shareholders, Hassan gives the details of the proposed KCB takeover by saying, “Under the proposed transaction NBK will continue to operate as a separate subsidiary of KCB and therefore service delivery to its customers will remain un-interrupted.”

Hassan also said that some of the rationale used to commence merger dealings with KCB included the fact that both lenders are strong banks in the Kenyan market having the government of Kenya as a shareholder. Additionally, for both banks, the combined balance sheets of the two banks will increase the capital capacity of both banks.

The merger has received support from the government, with Treasury Cabinet Secretary Henry Rotich all but approving the merger during his Budget statements reading on June 13.

“Government as shareholders support the merger between NBK and KCB that will result in creating one of the strongest banks in East Africa,” Rotich said.

PricewaterhouseCoopers (PwC) are the deal’s auditors while Image Registrars acting as the share registrar.