E-commerce platform Jumia makes selling online easier for local manufacturers who are struggling to find a market for their goods.

“We are committed to Buy Kenya, Build Kenya – and as such want to do our bit to support local manufacturers. Through the Jumia Local program we offer them reduced commissions to help them compete with imported goods,” said Oyolla during the Quarterly Vendor meeting held at Jumia’s CBD hub.

“It is through such initiatives that we can grow small and medium industries to be substantial players in the e-commerce industry,” he added.

With the commission, the company hopes to grow its current vendor base by 30% over 2020. The E-commerce platform is looking to have more local products on its platform to promote local Small and Medium-sized Enterprises (SMEs).

“In 2020, we hope to continue playing a part in the digitization of the economy and job creation in line with the government’s Big Four Agenda. One way we’re doing this is by investing significantly in providing scalable training to SMEs,” Oyolla noted.

SMEs are critical to Kenya’s employment sector employing 80% of the working population. They also contributed up to 34% of the country’s gross domestic product (GDP) in 2016.

Entrepreneurs and manufacturers who put their products online will tap into Jumia’s growing customer base (c 25% of the active internet population in a normal month).

The move to attract more local vendors comes barely a month after the company decided to use its data to push adverts on the site. The local vendors who join the e-commerce platform are now able to also advertise on the same platform.

The company looks to capitalise on the amount of traffic it gets to monetise the platform. According to the company’s CEO Sam Chappatte, Jumia will be using the customer data it has to direct advertisements to those who are likely to be interested.

Although some of the data collected by Jumia might be considered personal, the platform does not share the data with the advertisers but rather uses it to channel the adverts to the relevant targeted audience.

With the data it collects, Jumia observes the customer’s behaviour on their site and try and predict where the customer’s interests lie. The e-commerce platform also possesses the demographic data of all its customers. 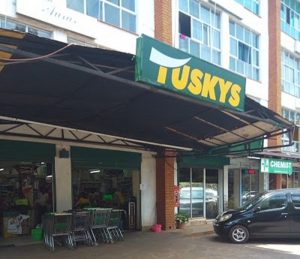