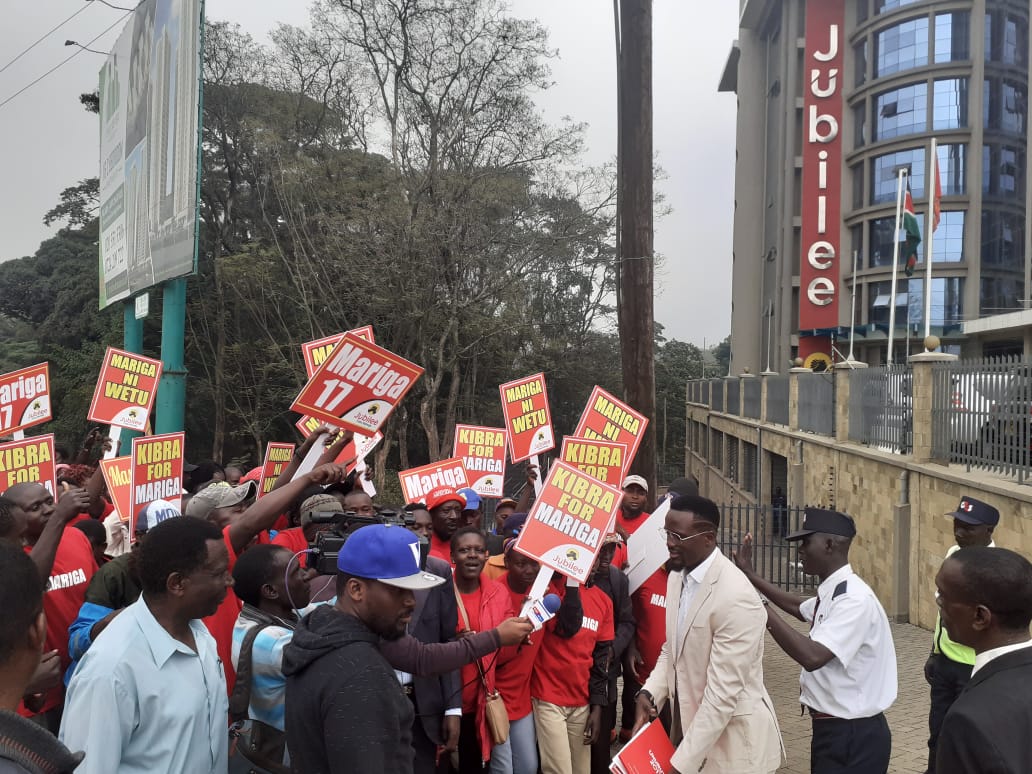 Jubilee Party has unveiled former Harambee Stars player McDonald Mariga as its candidate for the November 7 by-election in Kibra constituency.

Mariga’s nomination was announced late on Monday by the National Elections Board chairman Andrew Musangi. This was after the day-long vetting of aspirants interested to vie for the MP’s seat using the party’s ticket.

What made him stand out?

These questions can only be answered by the footballer-turning politician.

Mariga is a household name in the country. He can be classified in the elite league where the likes of Joe Kadenge, the Okocha’s, and the Oliech’s are. No one can claim not to know him. Mariga’s football career was satisfying as it took him all around the world through which he amassed a huge following. This fan base could be what landed him the deal with gambling entity, Betin.

It however seems like he is not welcome to join other politicians with some dissuading him from getting in too deep.

As he debuts his political career, Mariga’s job as a brand ambassador for Betin has been seen as a disadvantage. Many claim that Mariga has been encouraging Kenyan youths to gamble- a trade that is seen as immoral and misleading to the young people.

On the other hand, Mariga can hardly be related with Kibra bring his past into focus.

During the early years of his football career, he was heavily involved in promoting the game in Kamukunji. He was a member of the Kamukunji High School ‘Golden Boys’. This is his alma mater.

Mariga has claimed that he grew up in Kibra and has familiarised with the hardships that the locals face. However, there is no evidence of Mariga being involved with Kibra either during his football career or ealier in life.

Most of his life, Mariga has spent it in football. Not politics but football. After he confirmed his interest to run for the Kibra vacant seat, Kenyans were quick to note that he does not have the political voice in him. Many suggested he struggles with just answering political questions.

At the Jubilee vetting, candidates were tested on, among others, knowledge of party policies, ability to finance campaigns, understanding of parliamentary work, vision for Kibra, alignment with the party’s manifesto and ability to deliver its mandate.

Earlier, speaking to journalists at Jubilee headquarters after presenting his papers, Mariga dismissed allegations that his entry in to the race was prompted by a senior Jubilee politician. The retired footballer said that he has grown up in Kibra and wants to give back to the community.

Mariga will now await to see whom he is coming up against since other parties like the Orange Democratic Movement and Ford Kenya are yet to settle on their candidates.

Only the Amani National Congress (ANC) has announced Eliud Owalo, formerly of ODM, as its flagbearer in the mini-poll that was necessitated by the death of area MP Ken Okoth.

ODM will conduct its nominations on Saturday after postponing the exercise, slated for last Saturday. The postponement came due to a lack of security personnel who were engaged in the national population and housing census.

Over 20 candidates had expressed interest in the ODM ticket, which is considered an added advantage in the polls considering the overwhelming support the Orange Party and its leader Raila Odinga enjoy in Kibra.