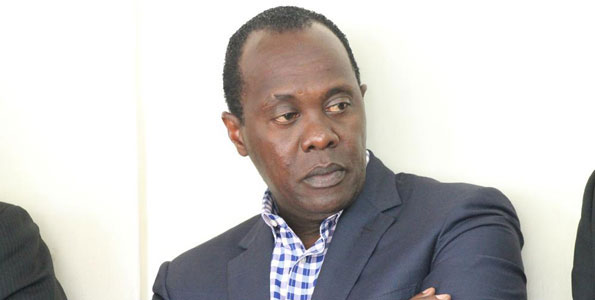 Popular TV personality Jeff Koinange was robbed and items of unknown value stolen when thugs raided his Nairobi home last night. Police say Koinange, a former CNN correspondent and now talkshow host on KTN, was asleep at the time of the attack in which household items were stolen.

“The armed men came in through a gate leading to the river, shot in the air, beat up and tied the watchman in his Kitusuru home,” Nairobi CID boss Ireri Kamwende is quoted by the Star online as saying.

Kamwende said the robbers broke into the house at 2:30am on Thursday and stole assorted electronics, including computers. “They were armed with guns and other crude weapons,” he added.

The robbers arrived at the journalist’s home through the back gate and shot into the air before gaining access to his house where they stole computers and electronics whose value is yet to be revealed and robbing the journalist of his iPhone.

The police boss said Koinange, who hosts the Jeff Koinage Live talkshow on KTN, escaped unhurt, adding that investigations are ongoing.  His fans are eagerly waiting to see what he will say about the incident on his show tonight.

Jeff is one of the best TV show hosts in Kenya today. He worked with CNN before returning to the country to start his own The Bench show on K24 before moving to KTN where he hosts the Jeff Koinange Live show.