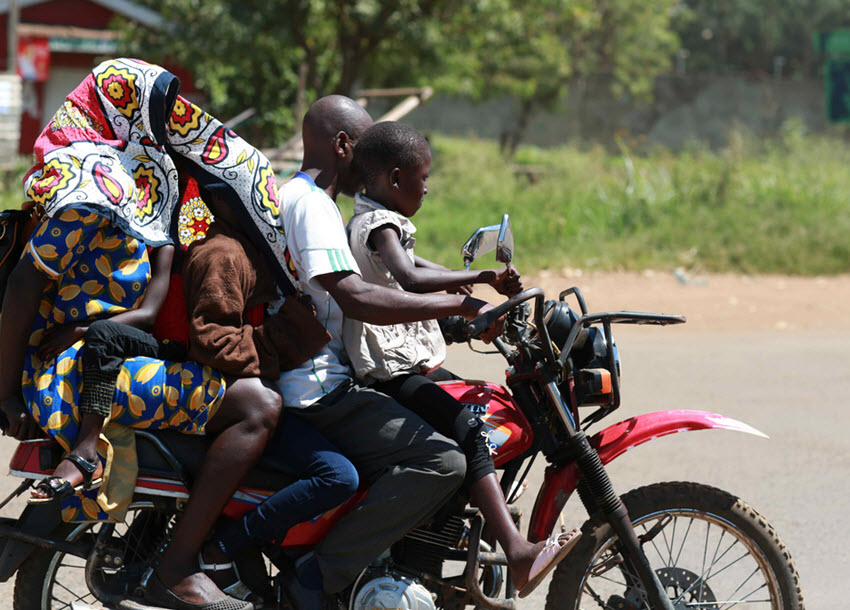 Boda bodas have grown in popularity due to their flexibility in snail-paced traffic jams in urban areas.

Just imagine what the Kenya government would do with Ksh600 million! Yet that is the average amount of money that changes hands in the popular motorcycle transport, locally known as boda boda.

Motorcycle Assemblers Association of Kenya (MAAK) figures show there were at least 600,000 commercial motorcycles in Kenya by the end of 2017, out of 4.8 million bikes in the country. On average, most boda boda operators take home about Ksh1,000 per day each. This means that the boda boda sub-sector is averaging over half a billion in returns everyday.

In contrast, the popular 14-seater matatu business is estimated to rake in an average of Ksh3,500 per day. Considering that matatu services are more consistent during the day, ferrying passengers on numerous trips, the Ksh2,500 deficit in profit between the two transport services is a lot smaller than imagined.

Boda bodas have grown in popularity due to their flexibility in snail-paced traffic jams in urban areas. The commercial motorcycles provide a faster means of transport. Instead of waiting hours in public transport for covering short distances, boda bodas allow Kenyans the luxury of quicker short distance travel, at times for a very affordable fee of as low as Ksh50 in urban areas and Sh20 in rural settings.

“Until there is a solution to mass transport, there shall continue to be a need,” MAAK chairperson Isaac Kalua says.

In upscale neighbourhoods where matatus are not always allowed to ply every route, boda bodas provide a relief for residents. Similarly, visitors to these areas are frequent users of these boda boda services, especially as the riders know the ins and outs of every snaking corner of these neighbourhoods.

The commercial motorcycles can also ferry goods conveniently compared to public bus transport. What’s more is that, these boda bodas deliver your packages right at your doorstep.

Of course the price one is required to pay for these services varies depending on distance and location. In general though, the prices are rarely fixed and are on many occasions affordable. One can also negotiate.

There is, however, the concern of safety, as Kenyan traffic laws are nowhere near the level of strictness as those practiced in neighbouring Rwanda, where wearing of helmets is mandatory and there are restrictions on the number of passengers and weight of goods that a motorcycle operator can carry at any given time.

Statistics from the National Transport and Safety Authority (NTSA) indicate that close to 500 people suffered from motorcycle accidents between January and May of this year. The number encompasses fatalities, serious injuries and slight knocks.

READ: ENTREPRENEURSHIP NOMAD WHO WANTS TO LIFT OTHERS

This downside can be attributed at times to reckless driving by motorcycle operators in their quest to maximise income. Passengers are also not to blame as some reject helmets, and sometimes push the rider to go at faster speeds.

Despite all this however, the boda boda industry is bound to continue booming beyond the current Ksh219 billion a year. The Kenya National Bureau of Statistics (KNBS) says that 159,100 motorcycles were sold in Kenya as at October 2017, an 87% growth compared to the same period in 2016.