City Hall, Nairobi. There are several weird bylaws in Nairobi that most people do not know or care about. [Photo/Wikimedia]

Did you know that it is illegal to do many things that Nairobians do in the city every day?

Well, according to the City bylaws, there are several offences that could land you in trouble with the county askaris. On top of being manhandled, you will end paying penalty fees imposed by the magistrate hearing your case.

As weird as it sounds, making any kind of noise on the streets of Nairobi is an offence. While the bylaws have not clarified what this noise is, your guess is as good as mine. It is good for business having such a blanket definition as it leaves anyone accused of this with no option but to pay the fines imposed.

Another one that leaves one lost is on discharging a missile in or near a street. Seriously! Who does that unless it’s a terrorist? In addition, what is this missile?

Interestingly, it is also an offence cutting down a tree without a permit from the county. The bylaws, however, do not clarify if it is illegal even when the said tree poses a danger.

For those who play too much, it is an offence playing any game, riding or driving or propelling on a foot path. What about the skater boys and girls who are doing this every day?

We can’t even start talking about the blatant breaking of the law by the bodaboda riders. But, it seems they learn this from the best.

If a whole dis-honourable MP can choose to drive on the wrong side of the road while others inconvenience Kenyans regularly, maybe it’s time we cut the boda guys some slack, no?

Loitering is classed under the same clause with ‘importuning or attempting to procure a female/male for prostitution purpose’.

And for men who like doing their thing everywhere, maybe the kanjo askaris got their powers from this.

Be warned! It is an offence ‘defecating or urinating on a street or any other space’.

The ‘maliza twende’ guys are no joke. If you have never been a victim, just pay the 10 bob for the service in the many kanjo toilets in the CBD.

It is also an offence to carry ‘open food in a manner likely to cause contamination’. While this is for the greater good of the end user, who carries open food on the streets?

If your neighbours do not like you, then keeping any animal or poultry which cause a nuisance to any of them would be one way of getting even with you.

It is also an offence to wash, repair or dismantle any vehicle in a prohibited area except in the case of emergency.

While it is in itself a health and physical risk driving or being anywhere near a garbage truck in Nairobi, the bylaws state that “driving or permitting to be driven in any overloaded vehicles such that its contacts are spilling” is an offence. But the opposite is happening.

These trucks are a stinking mess on wheels that probably get less than half the garbage where it is supposed to be deposited. I guess the law does not apply to them anyway.

Interestingly, the bylaws state that it is the county government’s duty to regulate waste and its management within the city.

The bylaws state that premises owners/occupiers should ensure hazardous/clinical waste is managed to the satisfaction of the council while burning, throwing away etc. of waste in an inappropriate place is an offence. We all know how this situation is currently.

Also, if you live in the suburbs where you can afford to have greenery, it is an offence allowing hedges and trees to encroach and pose a danger to traffic movement.

If you are driving in Nairobi, in addition to fighting for space on the road with matatus and bodabodas, it is an offence placing a sign post or reserving a parking space without authority in the county government. It doesn’t matter the situation or circumstance.

Also, parking in a designated parking space without payment of fees is an offence. That is why you will always find the clamp on your car.

While the best parking spaces in the CBD are always taken before you get there, you cannot park on a pavement or on council gardens.

Ironically, signalling, guiding or directing a driver into or out of a parking place. But isn’t this the norm?

In case you get clamped, it is an offence to ‘damage’ a vehicle clamp, attempting to or removing the same. Utalijua jiji!

No matter the state of your mind or eyesight, you will pay for the restoration of an electricity pole in case you knock one down.

While ignorance is bliss, it is no defence when it comes to arguing your case with kanjo.

There are several bylaws covering many facets of life in Nairobi and the best way to not be caught unawares is to familiarise yourself with these laws. 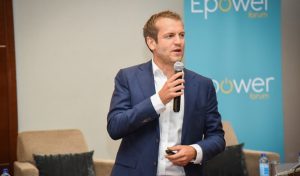